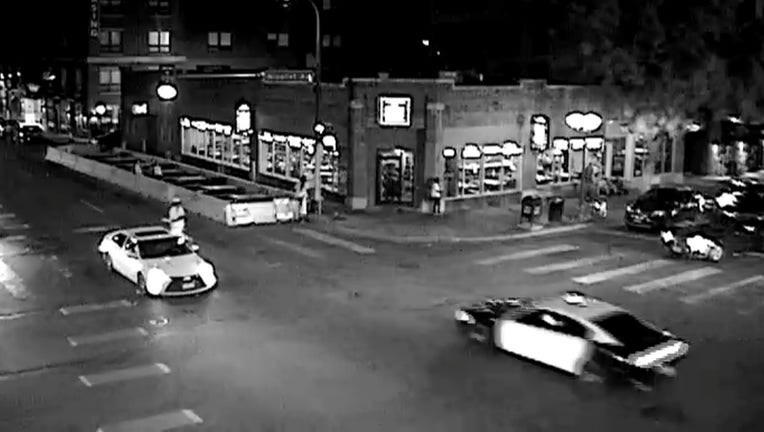 Minneapolis police are asking the public to help them identify a black-and-white late model Dodge Charger (bottom right) that was involved in a hit-and-run on July 25. (Minneapolis Police Department)

MINNEAPOLIS (FOX 9) - Minneapolis police are asking for the public's help to identify a vehicle involved in hit-and-run crash that left a pedestrian seriously injured.

Police say the incident happened on Sunday, July 25 at 3:02 a.m. on West 15th Street just west of Nicollet Avenue. The vehicle was headed westbound on West 15th when it struck a pedestrian in the road and continued driving. An ambulance took the victim to the hospital, where he remains in critical condition.

The suspect vehicle is described as a late model black-and-white Dodge Charger, which appears to be a former police vehicle. Authorities believe the vehicle will have "significant" damage near the right front headlamp.

Anyone with information is asked to call Crime Stoppers at 1-800-222-8477 or submit online at CrimeStoppersMN.org. Tips leading to an arrest and conviction may be eligible for a reward.