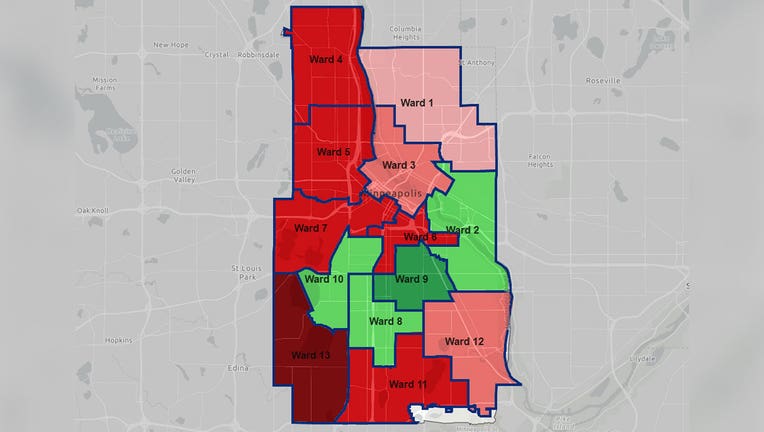 A ward-by-ward breakdown of the results of the public safety ballot question. Red indicates where it failed and green indicates areas where it was above the 51 percent threshold. (FOX 9)

The individual precinct where it fared worst was Ward 7 Precinct 2D, which is between Lake of the Isles and Cedar Lake. The police question just got 17% support there.

The overall ward where it fared worst was Ward 13 in southwest Minneapolis, which accounts for eight of the 12 worst-performing precincts. Not surprisingly, the ward's council member, Linea Palmisano, was among the strongest voices against the police question and was easily re-elected last night.

Big picture, the defeat was sound across the city. The police question failed (got less than the required 51 percent support) in 90 of Minneapolis's 136 precincts. 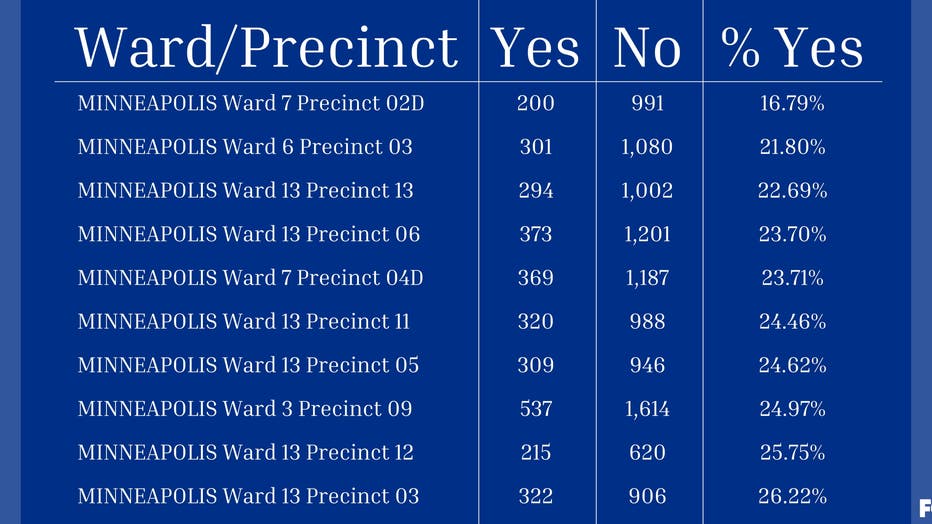 WHERE IT WAS STRONG

The police question fared best near the University of Minnesota campus, near Uptown, and in the south Minneapolis neighborhoods near where George Floyd was murdered.

The precincts where it fared best, Ward 2's Precincts 10 and 4, are both near the U of M campus. It got 78 percent of the vote in both of those precincts.

Special attention can be called to Ward 9 Precinct 7, which includes Cup Foods at 38th and Chicago. The police question got 62 percent of the vote in this precinct, which is 18th best in the city (and doesn't quite make the top-10 list below). 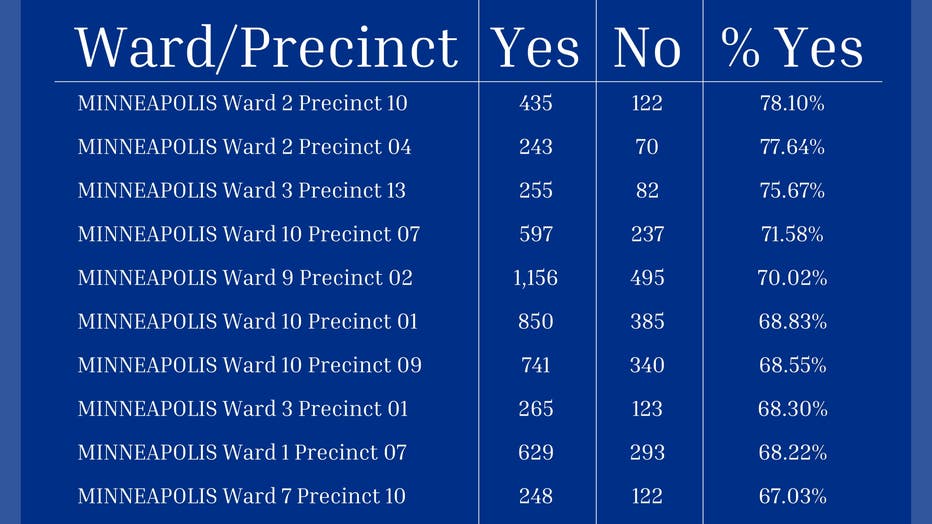