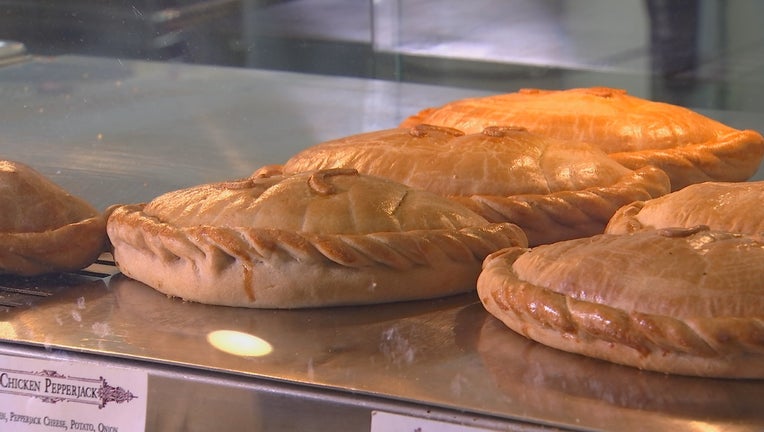 Lands End Pasty Company will compete against the best pasties in the world in the home of the pasty. (FOX 9)

MINNEAPOLIS (FOX 9) - They've been around for centuries and are sort of the "Hot Pockets" of their time, but now a Dinkytown shop that makes pasties will be competing on a global stage.

Tucked away in the back corner of the Dinkydale Mall is a place with a taste for something different.

"They are really hearty," explained Peter Jacobson of the Lands End Pasty Company. "It's a nice self-contained meal. They are quick. They taste like home cooking."

A baker by trade, Earl grew up in Minnesota and didn't take a bite of his first pasty until he visited a friend in England 12 years ago. He liked them so much, he started making them when he got back home, eventually opening his own shop, which sells 30 different kinds of the half-moon shaped meat pies.

"A pasty is basically -- I like to think of it as a thick stew in a pie crust," said Earl. "It's potatoes and onions. The tradition is beef and rutabaga, but you can make them anyway."

The pasty has been around since the 1300s but became a signature staple with miners in Cornwall, England, who would bring them down into the mines for lunch.

When the mines closed in the mid-1800s, and the miners immigrated to Michigan's Upper Peninsula and then Minnesota's Iron Range, they brought their favorite food with them where pasties caught on in their new communities.

"A lot of churches up there, places that aren't near a pasty shop will do them once a year or once a month as a fundraiser and then will make hundreds of them and sell them in a day, and people will take them home and freeze them and have a stockpile of them until the next pasty sale." 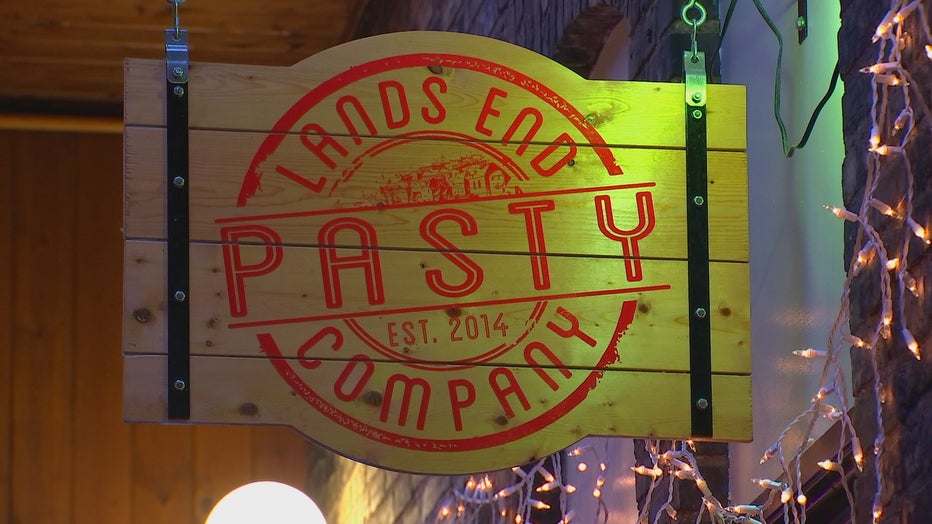 Now the shop owners are taking a pair of their most popular pastries -- elk traditional and spicy jerk chicken -- to the U.K. to see how they stack up. They'll compete in the annual World Pasty Competition in Cornwall for the first time in the savory business category.

"I think we'll do real well," said Earl. "Last year we had the brother of the guy who started and runs the competition here and he said they were fantastic."

Earl and Jacobson aren't sure if their Minnesota made pasties are the best in the world, but they're eager to give the world a taste of Minnesota.

The folks at Lands End will head out for Cornwall at the end of the month. They will find out if their pasties are the best in the world on Leap Day, February 29.