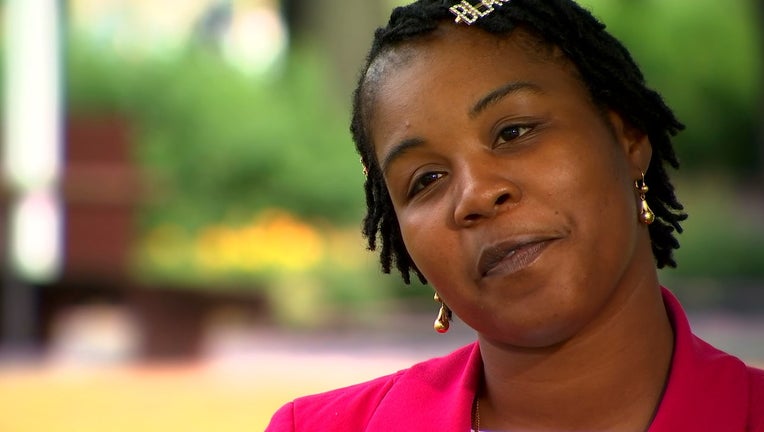 MINNEAPOLIS (FOX 9) - Since the death of George Floyd just over a month ago, conversations around racism are happening across the country and especially here in Minnesota.

Minneapolis NAACP president: ‘We all have a position, we all have a duty to activate’ in confronting racism

Minneapolis NAACP president: ‘We all have a position, we all have a duty to activate’ in confronting racism

For some, confronting racism can be uncomfortable. Many activists and experts say it should be. But by experiencing that discomfort and accepting faults of the past, we are able to move forward and build a more inclusive and equitable community.

All of this begins with communication. Fox9’s Hannah Flood sat down with President of the Minneapolis branch of the NAACP, Leslie E. Redmond. This interview has  been edited for length and clarity.

Flood: I want to start by talking about this kind of buzz word. “Difficuilt conversations.” Talk about what kind of challenging conversations around racism people should be having right now?

Redmond: I like to call them brave conversations where we lean into being uncomfortable rather than leaning away. Where we are able to be our real, authentic selves and the reality of the situation is people only know what they know. Or what the people around them know and the American education system is gravely failing people. So the conversations I think people need to lean into is acknowledging where they’ve exhibited racism and recognizing that it’s not enough to just not be racist but you need to be antiracist right? And recognizing that black people have experienced racism for over 400 years in this nation and we know exactly what it looks like. So if someone comes and tells you that you’ve been racist or a black woman tells you you’ve been sexist acknowledging it, embracing it and being able to move forward.

Flood: A concept that we have here is this “Minnesota Nice.” How does this idea kind of prevent us from facing racism head on?

Redmond: What I like to say is that in the south they’ll stab you in the front. In Minnesota they’ll stab you in the back. It really is the tale of two cities. I call it the white Wakanda.. where everything is great for white people here, it’s the best of everything and the worst of everything if they’re black. And they hide behind the statistics a lot.. they hid behind the progressive mottos and policies but it’s really detrimental and deadly to black people

Flood: It prevents us kind of from confronting our shortcomings, right?

REDMOND: 100 percent. It’s like I always say: fighting Goliath is way easier than fighting Casper the Friendly Ghost because I can’t fight something that I can’t even see.

Flood: When we talk about confronting mistakes from our past, shortcomings from our past, you told me you like to approach those situations with compassion. What do you mean by that?

Redmond: I think right now we’re living in a cancel culture where people are quick to just say let’s throw the baby away with the bath water. And I don’t think that’s right. I’m a very spiritual person. I believe in God. If God canceled me based on my mistakes, I would have been canceled a long time ago and I would have never reached my greatness. And so I want to allow other people grace and mercy to become the person that god meant for them to be.

Flood: Something I want to make sure we talk about is the use of the “N word.” It’s something that we see in hip-hop a lot and it’s a context that I think a lot of non-black people think they can use it even though it’s never okay. Talk about that word and why it’s so hurtful.

Redmond: It’s not okay for anybody to be saying it because a lot of it has to do with internalized trauma and oppression here on American soil. But it is definitely not okay for our White brothers and sisters to be saying the “n word” recognizing that it was their ancestors who created the word to oppress and dehumanize black bodies and they are continuing to do that today.

Flood: I want to talk about the motto you have: “Don’t complain, activate.” It seems really relevant right now. What is the action behind that motto.