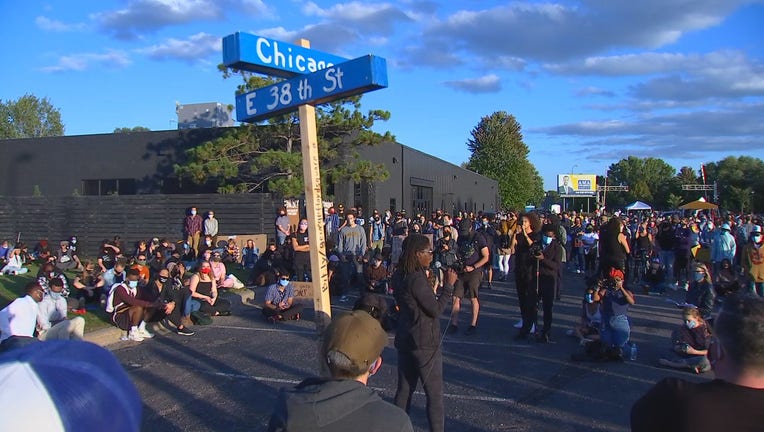 A block party turned into a blocked party Wednesday evening as activists celebrated a failed lease deal between the city of Minneapolis and and a potential replacement site for the Third Precinct.

MINNEAPOLIS (FOX 9) - It was a block party turned blocked party Wednesday evening along Minnehaha Avenue after organizers of what was supposed to be a protest pivoted the festivities into a celebration because the city of Minneapolis and a building owner ceased negotiations on a potential replacement for the Police Department’s 3rd Precinct.

The Minneapolis City Council recommended not moving forward on a lease for a temporary Third Precinct building Wednesday as the community called for more involvement in the process.

“We should be consulted with as stakeholders in the community and so that’s why we formed this block party,” said Tiger Worku of the Seward Neighborhood Group. “It’s a play on words because we’re also trying to block Third Precinct.”

Community activists had planned to make it clear they did not want a temporary precinct for officers to reopen at the site just minutes away from the burned out precinct destroyed following the death of George Floyd.

“As community members, we need to be consulted. We need to be brought into the process,” Worku said.

While no clear answer was given as to why the negotiations ended, sources close to the discussions tell FOX 9 there were threats made against the owner of the property, Bob Lothenbach. Minneapolis Police confirmed there were also threats to the building itself, including a threat to burn it down.

The city says they will look at other spaces.

“We will likely go back to the list of properties that we had contacted previously and, as discussed in committee, we may need to go look at properties that are even outside the boundaries of the precinct at this stage,” said Mark Ruff, the Minneapolis City Coordinator.

The exact locations are unknown, but the city has looked at some 26 properties. The Third Precinct officers are working out of the Minneapolis Convention Center right now, but that’s not a long-term solution.

Wednesday’s recommendation to cancel the lease negotiations now goes to the full council for a final vote Friday.