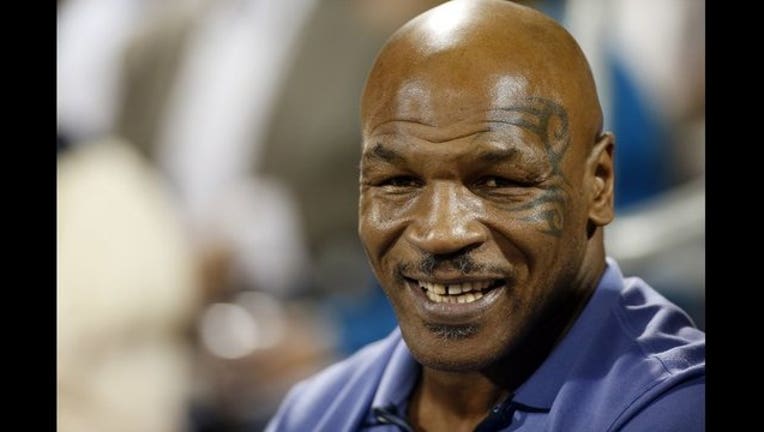 NEW YORK (AP) -- Over his career, former heavyweight champion Mike Tyson recorded 50 wins and six losses. But he recently notched another big loss in Latin America -- this time as a coach of a bird.

Tyson traveled to Suriname as part of the new Fusion TV documentary series "Outpost " and was soundly beaten when he entered a bird in a songbird contest, a cherished local tradition.

Cameras captured Iron Mike as he learned about the contest, located a bird to enter -- he dubbed the tiny guy "Little Mike" -- but then suffered a TKO when a competing champion cheeped and peeped more than his bird did in the same 15-minute period.

"Little Mike let us down, man. I was in his corner, though," said Tyson by phone from Las Vegas. "It was just amazing meeting the people, meeting the culture -- I had a great time."

Tyson was lured onto the show by the chance to visit a country he'd never heard of and his love of birds. The former boxer has loved pigeons and raced them since he was a kid in Brooklyn. (Sunday's show recorded the moment Tyson lovingly released the bird in Suriname he competed with.)

"My wife always says, `The reason I keep my pigeons is they connect me to my childhood,"' Tyson said. "Once it's in your blood, it never leaves. It's just who you are."

Back home, Tyson is watching his former profession lose out to professional mixed martial arts but thinks he may have the answer to put the "sweet science" back on top: A compelling boxer somehow unifies the heavyweight title.

"We haven't had a really good, exciting heavyweight champion in a long time," he said.