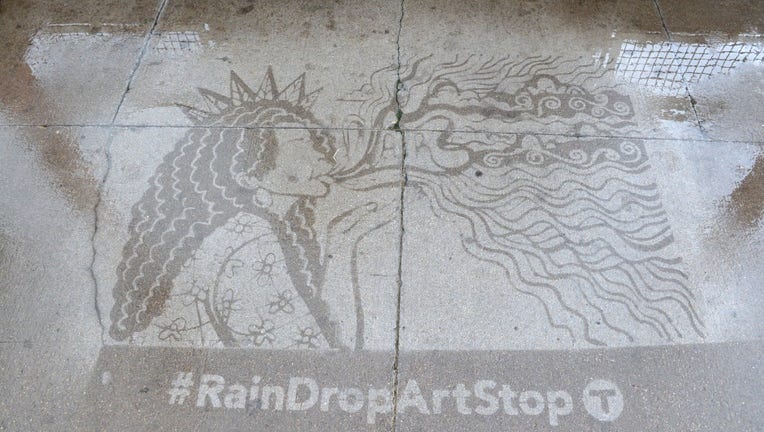 Metro Transit revealed rain art displays that can be seen at more than a dozen bus and LRT stops.

(FOX 9) - Metro Transit revealed more than a dozen rain art displays at several bus and light rail stops that can only be seen when it rains.

According to a release from Metro Transit, the artwork was recently applied with rain-activated invisible spray and can only be seen when the pavement gets wet.

A graphic designer overseeing the project, Elissa Erickson, said in the release that the goal is to bring "surprise and delight" to those out in the rain.

The designs were created by local artists Eric Garcia, Andres Guzman, Leeya Jackson and Violeta Rotstein. The pieces can be found at the Target Field LRT station, Franklin Avenue, Prospect Park and the Western Avenue stations, as well as the Sun Ray Transit Center.

Those who spot the artwork are encouraged to share photos on social media using #RainDropArtStop. 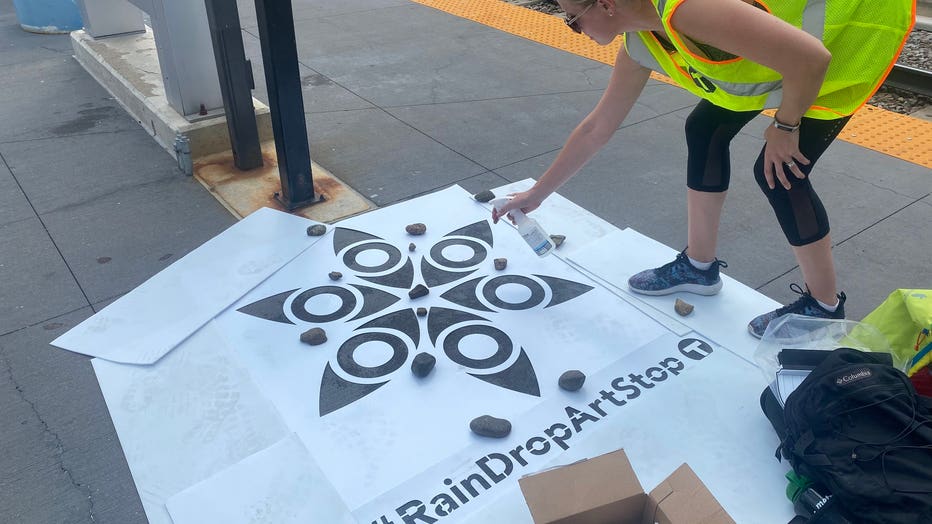 For more information on the inspiration behind the art, visit Metro Transit's website.