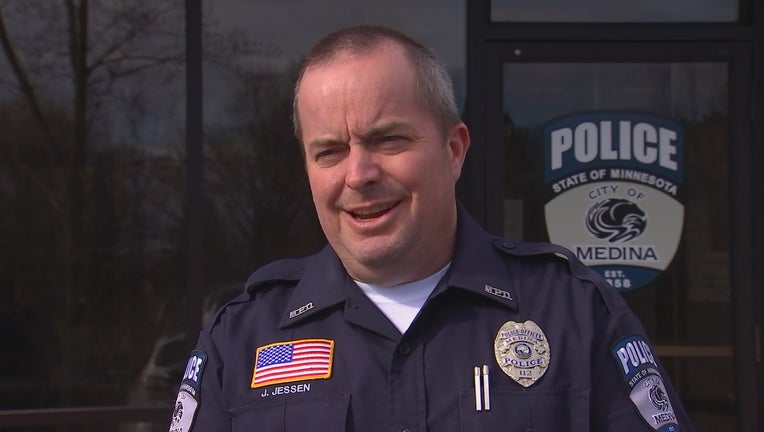 MEDINA, Minn. (FOX 9) - Medina Police Officer Jeremiah Jessen is being credited with saving the life of a four-week-old baby, after he was the first on scene Friday evening.

The 25-year law enforcement veteran happened to be parked less than a mile away when the call came over the radio. Dispatch reported it as an unresponsive four-week-old baby.

A Medina Police Officer is being credited with reviving the 4-week-old child with CPR.

“I went into the house and here’s this little baby laying on the floor and not breathing,” said Jessen. “The first thing that comes in your mind is your own kids."

Jessen said the baby was not breathing. She was turning blue.

“After about 30 seconds, the baby took a really big gasp, like it was gasping for air,” he said.

“I heard them coming, and I just thought to myself, ‘Just keep doing this until they get here,’” said Jessen. “That’s when Teri Ryan of Loretto Fire came running through the door and took over.”

Paramedics ventilated the baby and she regained consciousness.

“We were outside for a couple of minutes and all of a sudden, we heard the baby crying inside the ambulance and that was such a relief,” said Loretto Fire Chief Jeff Leuer.

At Children’s Hospital, they determined the baby’s airways were blocked due to whooping cough. While back in Medina, first responders were getting their own breath back.

“When I was leaving, the first thing I did was I called my wife and I started crying,” said Jessen.

Officials told FOX 9 the baby is still recovering, but is doing well.