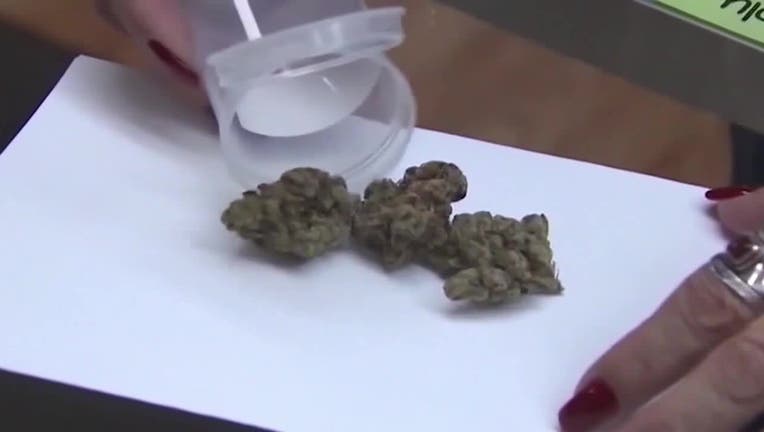 ST. PAUL, Minn. (FOX 9) - People who have been diagnosed with obsessive-compulsive disorder (OCD) or irritable bowel syndrome (IBS) will soon be able to participate in Minnesota's medical cannabis program — however, people with opioid addiction or gastroparesis will not.

The Minnesota Department of Health (MDH) announced the decisions in a press release Wednesday that said under state law, the new rules will take effect on Aug. 1, 2023.

"We are adding the new qualifying conditions to allow patients more therapy options for conditions that can be debilitating," said Minnesota Commissioner of Health Jan Malcolm.

On Monday people were among the first patients in Minnesota to legally buy flower cannabis.

Studies have shown that medical cannabis can be effective in reducing the abdominal pain and discomfort associated with IBS and the compulsions and unwanted thoughts common in people with OCD.

MDH said gastroparesis, a condition that impacts muscles in the stomach, was not approved as a qualifying medical condition because "research indicates that cannabis can make the condition worse."

See the full list of conditions that can be treated under Minnesota’s medical cannabis program here.

Caught in the grips of crippling addiction, Misty Helm was at a crossroads at age 36. Five years later, she has risen from the depth of drug addiction to become a peer recovery specialist at Wayside Recovery Center in Minneapolis.

The decision to omit opioid addiction or opioid use disorder from the list of qualifying conditions comes as a disappointment for some who work in addiction treatment and see cannabis as an effective complementary treatment when paired with other medications like methadone.

Those critical of MDH’s decision include Kimberly Burke Wooster, a nationally certified EMT and the lead community medic and care coordinator at 612Mash, a nonprofit that provides free medical care to underserved communities.

"I find it disturbing that an entire committee of medical professionals is simultaneously acknowledging the lack of clinical research to provide the empirical data that our patients are anecdotally confirming," Wooster told FOX 9. "While there are preclinical studies that show Delta-9THC and CBD to relieve opioid withdrawal, the bureaucracy and bias surrounding THC has prevented these necessary studies"

However, both Hennepin Healthcare and the Minnesota Psychiatric Society opposed the inclusion of opioid use disorder in the list of conditions treatable with medical cannabis, citing the lack of studies on its effectiveness or FDA-approved treatment methods. MDH cited this as its reason not to approve opioid use disorder as a qualifying medical condition for the program.

Dr. Gavin Bart, the chief of addiction medicine at Hennepin Healthcare, and Dr. Charles Reznikoff, who also works in addiction medicine, were among several medical providers who wrote MDH to oppose the inclusion of opioid addiction.

"By doing so, the Minnesota Department of Health would be implying that cannabis is a treatment of opioid use disorder (OUD), or is an alternative to other, proven, lifesaving treatments OUD. This is a dangerous stance to take when hospitals statewide see an increase in overdoes. We need to prioritize and invest in proven treatments," they wrote in a letter to MDH in September.

The president Minnesota Psychiatric Society, Dr. Mathew Kruse, told Minn Post in an interview that his organization would consider revising its opposition in the future if or when more medical research becomes available to support that position.