(FOX 9) - As an astronaut, Chris Cassidy played among the stars.

On his first mission into space, he helped build the International Space Station.  During his second mission, he helped turn the ISS into the science laboratory that it is today.  Now, having just retired from the astronaut corps and the U.S. Navy where he served as a SEAL, he’s leading the Medal of Honor Foundation in its efforts to build a museum for the service members who’ve received the nation’s highest honor for valor in combat.

Medal of Honor Museum coming for recipients including 56 Minnesotans

The museum will be built in Arlington, Texas, relatively close to AT&T Stadium where the Dallas Cowboys play and Globe Life Field, home of the Texas Rangers.

"I couldn’t be more proud of this project," said Cassidy.

The museum will be built in Arlington, Texas, relatively close to AT&T Stadium where the Dallas Cowboys play and Globe Life Field, home of the Texas Rangers.  The museum has been in development for some time, with construction to begin next spring.  It’s scheduled to open in 2024.

"The museum itself is really a box that's elevated up into the air quite high, about 60 feet in the air, suspended by five major concrete pillars," said Cassidy.  "Each of those pillars represents a branch of our armed service." 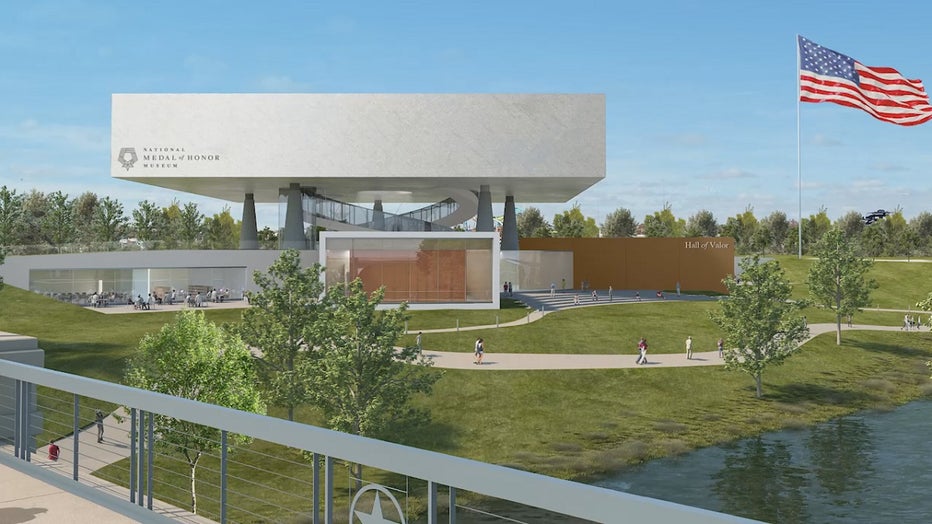 A rendering of the museum

President Abraham Lincoln awarded the very first Congressional Medal of Honor during the Civil War.  Presidents since have awarded more than 3,000 medals, 56 of them to Minnesotans.  And Cassidy says visitors will be able to find their stories at the museum when it’s built.

This weekend the efforts to fund the museum will get significant help from former presidents Bill Clinton, George W. Bush, and Barack Obama.  Fox Sports will air a public service announcement from the three men during its NFL broadcast on Sunday for its salute to veterans ahead of Veterans Day.  They will encourage viewers to make a donation to the museum online.

"It’s in the unity of the medal and the unity of looking out the window from space.  There are two things in my life that are coming together.  I’m really excited," said Cassidy.