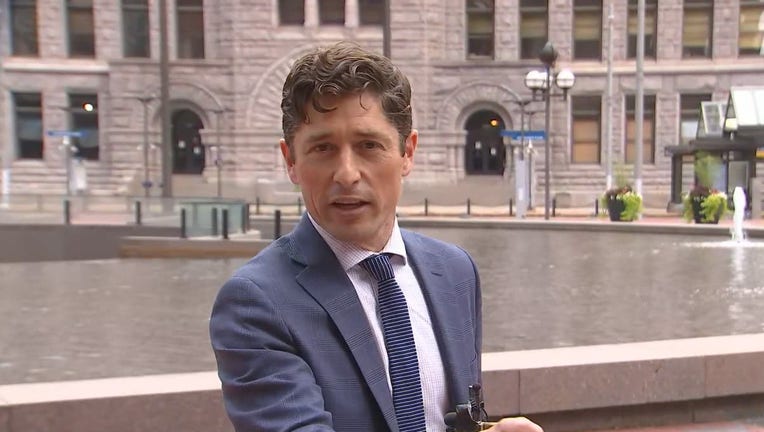 Minneapolis Mayor Jacob Frey speaks to the media about his intention to veto the ballot language for the public safety question. (FOX 9)

MINNEAPOLIS (FOX 9) - Minneapolis Mayor Jacob Frey announced he intends to veto the language of the public safety ballot question "as it stands" after the Policy and Government Oversight Committee approved the ballot question without an explanatory note.

The ballot question asks voters if they are in favor of updating the city charter to replace the police department with a public safety department.

Mayor Frey argues a note is needed because the question does not state how approving the measure would remove the police chief, remove mandatory staffing minimums for police officers, and have the new department head report to the mayor and all council members instead of just the mayor.

"You can fight vigorously for [the measure] or vigorously against it, but we should all be coming from a common position of informing voters of what the consequences are," said Frey at a press conference Thursday.

Last week, a Hennepin County District Court judge ruled in favor of a lawsuit brought on by activist group Yes 4 Minneapolis, ordering the proposed 192-word explanatory note be removed from the ballot question. The order stated that while the city is allowed to have an explanatory note, the proposed explanatory note "read much like a warning label" and waded into a "grey area of explanation that is not allowed."

Members on the Policy and Government Oversight Committee had an opportunity to revise the language Wednesday. After discussion, the members voted 12-1 to approve the question without a note.

"The folks who are proposing this language raised concerns from the get-go," said Council member Jeremiah Ellison at the committee meeting. "And the concerns they raised were raised by the public and affirmed by the courts, so let’s get this right."

The ballot question now goes to the Minneapolis City Council, which meets Friday morning, where it needs seven votes to pass. During the meeting, council members can change the language before making a final vote. If passed, the mayor can either approve the resolution by signing it or returning it to the clerk unsigned.

However, if the mayor vetoes it - as he stated he intends to do in its current form - the council could override the veto with nine votes at its next meeting. Since the deadline for submitting questions is Friday at 11:59 p.m., if Frey goes through with the veto, the council would need to reconvene to attempt to override the veto or consider different language.