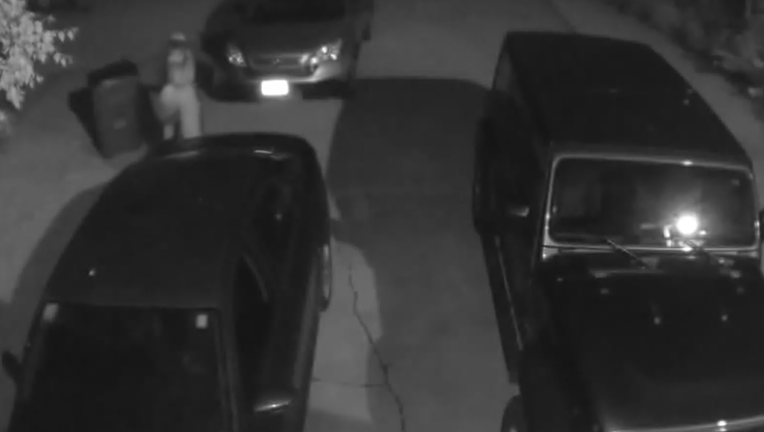 MAPLEWOOD, Minn. (FOX 9) - Maplewood homeowners have been taking extra security precautions this week after recent increase in thefts from cars.

“I just don’t even know what I would do if I caught them in the act. Do you throw a rock at them? I really don’t know!” wrote Kayla Kitzerow to FOX 9 Tuesday.

Maplewood homeowners have been taking extra security precautions this week after recent increase in thefts from cars.

When Kayla Kitzerow and her husband, Tyler, first walked into their Maplewood home on Larpenteur Avenue, they never thought they’d have to keep it under constant surveillance.

“We moved into this neighborhood thinking it was a nice middle class neighborhood. We were wrong, I guess,” Tyler Kitzerow said.

Last Monday, Tyler Kitzerow caught who he says is a burglar on one of his four cameras.

“They walked around here and broke into our CRV and took my laptop, my cellphone, my watch that was a graduation present,” he said.

Saturday, there was another attempted break-in.

“Around 4:08 a.m. our camera up here caught someone walking over from our front door,” said Kitzerow.

Less than a half hour later, there was another encounter.

“Around 4:30 in the morning, we caught someone else walking up alongside my Jetta trying to jiggle the door open,” he said.

“They just kind of ripped everything off of there,” said William Meyer, while pointing to the wires where his radio was once in his Mustang. 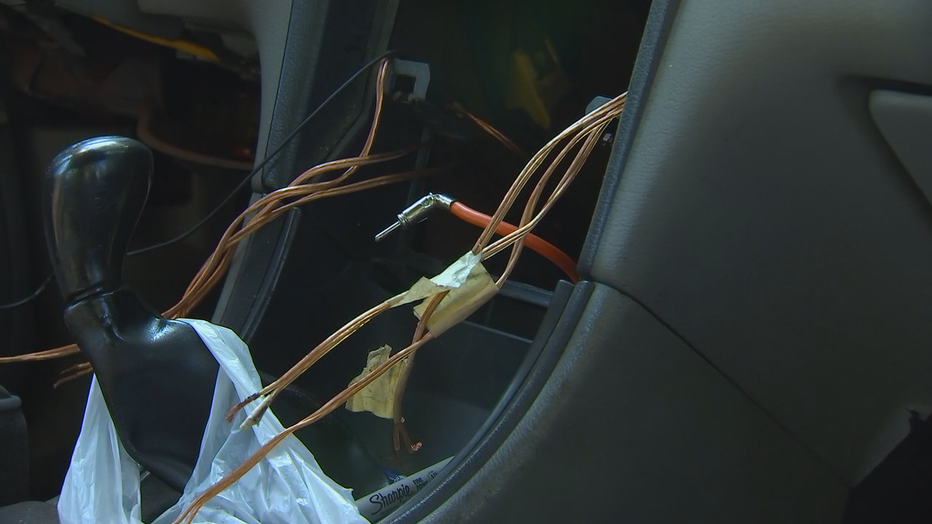 A suspected burglar took items out of the car's console, leaving nothing but wires behind.

“It sucks,” said Meyer. “It’s a back-up car, but it’s kind of nice to have music or listen to the news when you’re heading to work.”

“We don’t really feel safe when we’re in the house even with the cameras because people obviously are still trying to steal our stuff out of our cars,” said Kitzerow.

The Kitzerows and Meyer admit they did have their car doors unlocked when the burglaries happened, but Maplewood police warn other offenders have broken windows to get inside. Either way, police urge residents to lock car doors and keep valuables from plain sight.