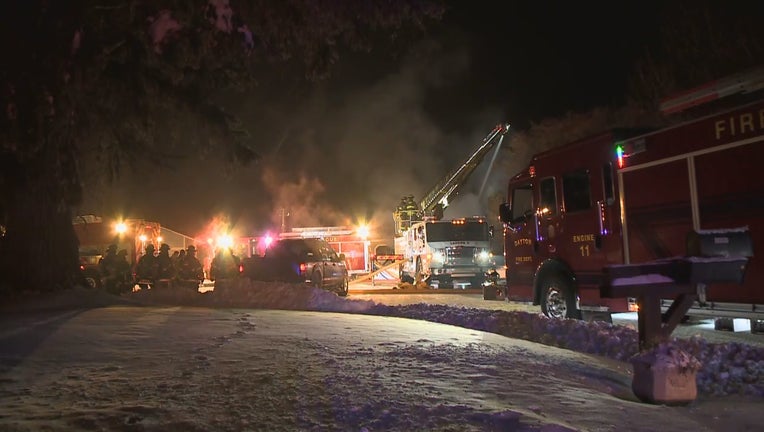 "In the winter season, everybody really needs to double down on their fire safety," he said.

Maple Grove Fire Department Chief Tim Bush is warning residents to make sure their homes have the proper fire safety equipment after responding to two fires in less than 48 hours.

A family in Dayton lost their entire home Sunday morning and another family is mourning their pets who were killed in a separate fire. It took fire crews from five neighboring cities to help Dayton Fire Department put out the flames.

On Christmas Day, Maple Grove Fire Department responded to a single house fire. According to officials, the parents and children escaped the fire safely, but the pets died in the fire.

And while the causes of both fires are currently under investigation, Chief Bush told FOX 9 that fires are different now than 10 years ago because homes are equipped with more synthetic fibers.

This means a fire can take a turn for the worst quicker than before.

"With our houses today, the furnishings that we have within our homes - including televisions, laptops, carpet, and bedding - are made with so many synthetic fibers that it burns really fast and really hot," he added.

With more people home as a result of the pandemic and to celebrate the holidays, Chief Bush urges residents to be mindful when using the stove as unattended cooking is one of the more frequent causes of house fires.

"Also this time of year are space heaters, making sure that we don’t have things too close that could catch on fire," he said.

As the New Year approaches, Chief Bush adds that now is a good time to change batteries on smoke alarms and carbon monoxide detectors, which should be done every six months, or twice a year.