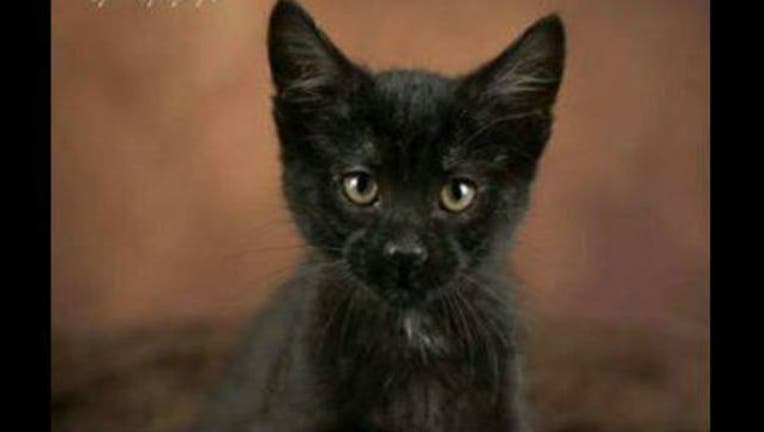 It's a story that's prompted one transplanted Minnesotan to quip, "Minneapolis: where even the thieves are polite."

A man who stole a 3-month-old kitten named Wednesday from a Minneapolis PetSmart Friday apparently thought twice and returned the kitty to a different location yesterday, along with an apology note.

According to a Facebook post written by Ruff Start Rescue employee Julie Sandberg Lessard, a man entered the PetSmart and asked an employee to look at the cats. The employee obliged him, and when he said he was done, the animal cages were locked behind him.

But a short time later, another employee saw the man standing outside the cat area, holding an adult cat. Surprised to see a cat in that area, the employee took the cat away from him and tried to return the animal to its cage, only to see that locks on a couple of the cages had been cut with a bolt cutter.

"This is when she noticed another cage lock was cut and our 3 month old kitten, Wednesday was missing!!!" the Facebook post says.

Police were notified, and this surveillance still of the man began circulating on Facebook:

But yesterday, Lessard shared this update:

The power of social media has once again won the battle!

Wednesday has been found!!!

She was dropped off at the Roseville [PetSmart] in a box with a note saying he couldn't afford her. I really think our social media pressure forced him to do the right thing.

Thank you so much to everyone who shared and prayed for this sweet girl.

Minneapolis police didn't immediately have any information about the suspect's identity, but at least this is one crime story that has a happy ending.

Here's the note the cat-napper left when he dropped Wednesday off yesterday: