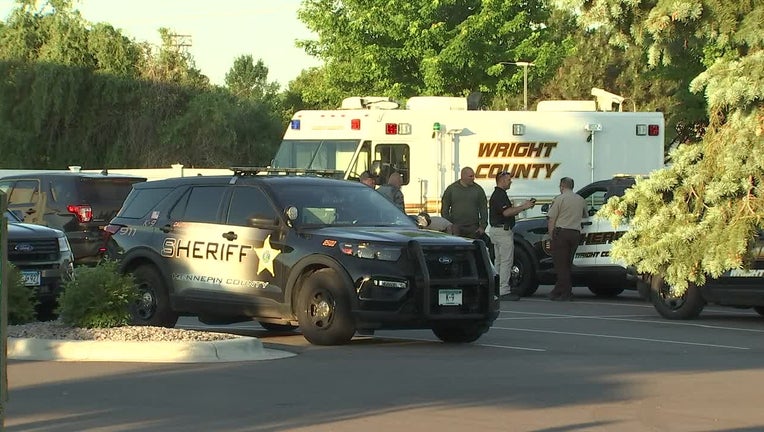 Brandon Lee Gardas, 39, is facing several charges related to the prosecution's allegations he shot at police who were attempting to arrest him. (FOX 9)

ST. MICHAEL, Minn. (FOX 9) - Prosecutors have brought charges against the St. Michael man who was shot by police last Wednesday when they returned fire at the conclusion of an armed standoff outside his home that lasted nearly two days.

Brandon Lee Gardas, 39, is facing several charges related to the prosecution's allegations he shot at police who were attempting to arrest him: two counts of the attempted first-degree murder of a police officer and two counts of first-degree assault against a police officer while using a deadly weapon, according to the criminal complaint filed by Wright County Attorney Brian Lutes. Gardas is also charged with illegal possession of a firearm, making violent threats, and possession of marijuana.

At a hearing Monday, a judge set Gardas's bail at $10 million without conditions and $5 million with conditions, including that he follows a no-contact order for his wife and children, not use any mood-altering substances and not leave the state of Minnesota without written permission.

Gardas, who a public defender said he had been released from the hospital on Friday, was combative during the hearing, ignored his lawyer's pleas to remain silent, and asked the judge if he could fire his lawyer. He claimed his civil rights had been repeatedly violated.

"This is nonsense… this is absolute rubbish," he said at one point.

The two-day standoff in St. Michael

A standoff in St. Michael continues Wednesday afternoon, more than 24 hours after it began, as law enforcement continues to work to apprehend a suspect, who has fired "several rounds" at authorities throughout an incident that began Tuesday, the Wright County Sheriff's Office said.

The complaint alleges that, when the standoff began last Tuesday, June 21, officers were trying to arrest Gardas for two outstanding warrants for cases in which police say he used a gun despite being prohibited from doing so because of prior convictions.

Deputies with the Wright Country Sheriff's Office's Emergency Response Team and members of the St. Cloud Police Department SWAT Team surrounded his home at 4:20 p.m. on Tuesday and repeatedly demanded that he surrender but received no response, according to the complaint.

Officers determined Gardas was inside the residence with his 13-year-old son. At 5:48 p.m., they used a ram attached to the front of an armored vehicle to breach the home and deliver chemical agents. Then, 15 minutes later, at 6:03 p.m., the defendant's son escaped the residence and was secured by officers, the complaint says.

Gardas then allegedly shot at an officer in the turret of a humvee, narrowly missing the officer's head at about 7:05 p.m., according to the complaint. He later also allegedly fired at another armored vehicle.

Authorities held a news conference at 4 p.m. on Wednesday, June 22, the St. Michael standoff, which began with a domestic incident just after midnight on Tuesday, June 21. The sheriff's office says it is very familiar with the suspect.

The standoff lasted until the following night, Wednesday, June 22, when at 7 p.m., deputies raided the home and encountered Gardas in a room, hiding under blankets while holding a rifle.

Police shot Gardas with a less-lethal 40 mm round, but Gardas ran to another room. Shortly afterward, he fired at officers, who returned fire, striking him in the chest, the complaint says.

Gardas allegedly still refused to comply, and officers hit him with another less-lethal round and Tased him before finally arresting him, according to the complaint.

Police searched the home and, according to the complaint, recovered the following weapons: three variants of AK-47 style rifles, three AR-15 rifles, an M4 rifle, a shotgun, two handguns a revolver and body armor.

Prior to the recent standoff, criminal complaints show Gardas was involved in two other confrontations with police at his home in 2020 and 2021.

The previous criminal complaint filed in Wright County shows police were called to the Gardas home in August 2020 for a domestic assault.

That time around, deputies entered the home. Inside, they say they found "dozens of firearms and thousands of rounds of ammunition" inside a room that deputies were told was Gardas' "doomsday room." The room was locked but police were able to breach the door to get inside, as they searched for Gardas. In the hallway leading to the room, police also found more ammo and soft body armor.

According to the charges, Gardas was found lying in the woods west of the home.

In October 2021, deputies went to Gardas' home for an outstanding warrant against Gardas. After deputies arrived, the charges state Gardas ran inside his home, sparking a standoff. With help from Gardas' wife, deputies were ultimately able to arrest him.

Inside the home, police found Gardas had a homemade Glock-styled 9mm handgun with an extended magazine and 20 hollow-point rounds. Deputies "dry-fired" the gun at the sheriff's department and say it fired as a Glock would.

In both cases, warrants were issued for Gardas' arrest in December 2021. There is no indication he was ever taken into custody.