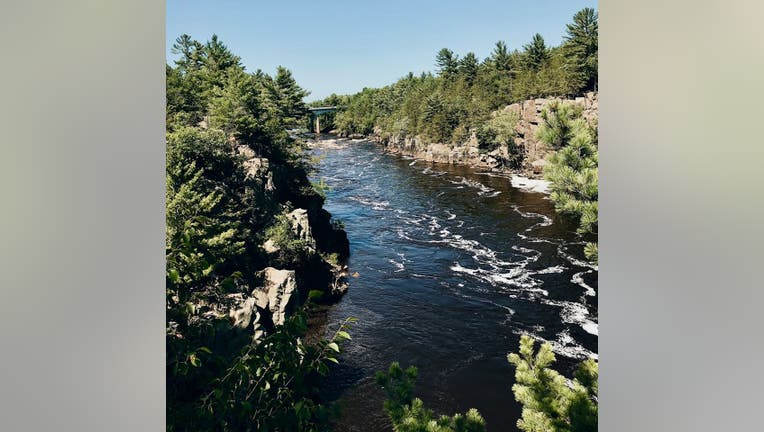 TAYLORS FALLS, Minn. (FOX 9) - A man was seriously hurt after deputies say he fell from a ledge at Interstate State Park in Taylors Falls around noon on Friday.

According to investigators with the Chisago County Sheriff's Office, the victim was on a rock face overlooking the ledge known as "Angle Rock" when he fell about 30 feet onto rocks just above the waterline.

Due to the rough terrain, deputies say a rescue was only possible by boat.

Rescue crews from Taylor Falls and St. Croix responded and, with help from members of the public and park staff, they were able to get to the victim onto a boat and to the shore.

He was airlifted to a local hospital where deputies say he is believed to be in critical condition.