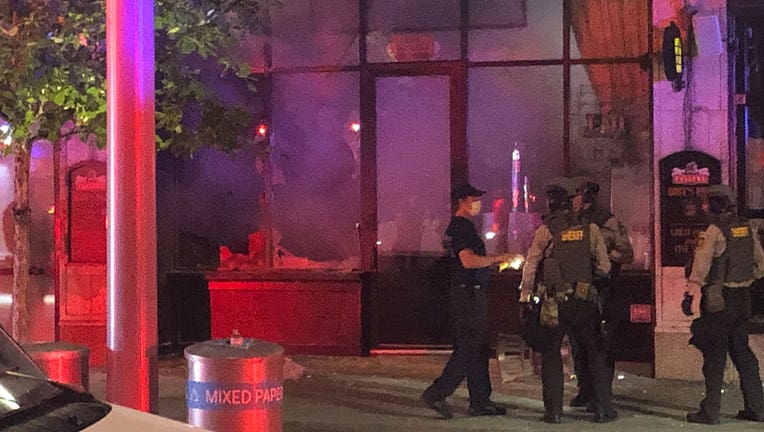 ST. PAUL, Minn. (FOX 9) - A St. Paul man convicted of setting fires and taking part in riots in August 2020, including breaking into Target headquarters and Brit's Pub in downtown Minneapolis, was sentenced in federal court on Wednesday.

Thirty-two-year-old Victor Edwards will serve more than eight years behind bars after being found guilty of burning, looting, and damaging businesses.

Fire at Brit's Pub in downtown Minneapolis during unrest, looting

According to prosecutors, Edwards went to downtown Minneapolis on the evening of August 26, 2020 after rumors spread that a man had been killed by police, sparking unrest in the Nicollet Mall area. As it turned out, the man had taken his own life as police moved attempted to arrest him.

At Target headquarters, prosecutors said Edwards was captured on video "adding fuel to a fire set inside the building." The damage from that fire totaled nearly a million dollars in damage.

Shortly after, Edwards was seen entering Brit's Pub shortly before a fire broke out there. The bar was closed for months afterward.