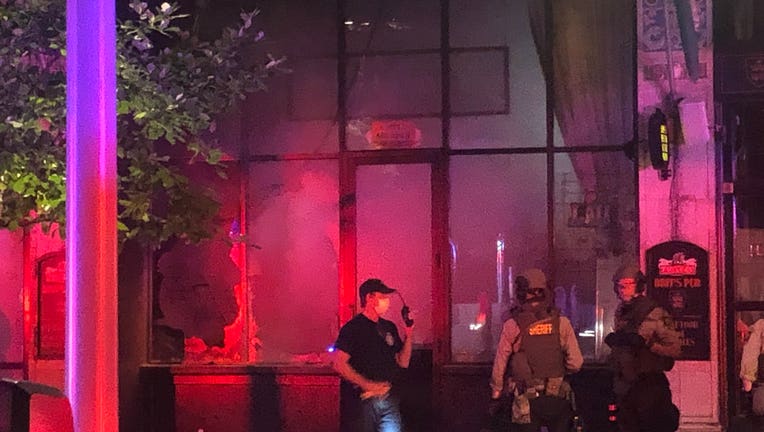 MINNEAPOLIS (FOX 9) - A fire broke out at Brit's Pub, a popular downtown Minneapolis restaurant, Wednesday night amid the unrest that followed the suicide of a homicide suspect on Nicollet Mall.

Widespread looting happened at downtown businesses after a homicide suspect took his own life. Rumors spread that the man was shot by police, which led to the unrest. Minneapolis police have since released a video from city surveillance cameras in an effort to quell the rumors.

Crews responded to put out the fire. Firefighters knocked out some of the building's windows, which allowed smoke to billow out.

Fire at Brit’s Pub in downtown Minneapolis during unrest, looting

In a Facebook post, Brit's Pub said they closed early Wednesday night once they "got wind of something and all employees and customers were safely out "before the trouble reached the pub."

Brit's says it will be closed at least through the weekend while they work to clean up the damage.