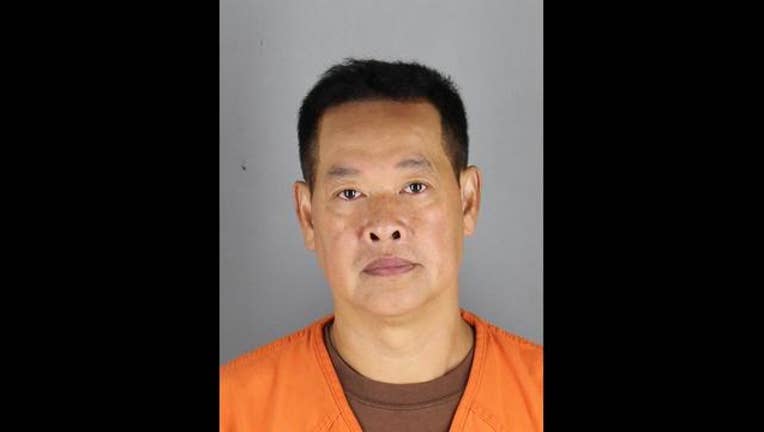 Tony Le, 55, was arrested Monday in connection with the murder of his wife in south Minneapolis.

MINNEAPOLIS (FOX 9) - A Minneapolis man pleaded guilty to strangling his wife to death with a phone cord in September of 2017, according to the Hennepin County Attorney's Office.

According to the criminal complaint, Le and his wife My Huong Huynh Truong had been together for 20 years, but their relationship had become difficult.

Le testified Truong came home late after a party and told him she was leaving him because she had a new boyfriend. Le said he wrapped a cell phone cord around her neck and strangled her until she fell onto the bathroom floor. He later called police and confessed to murdering her.

Le's attorney had been preparing a defense of "heat of passion" so that Le could plead to a lesser charge, however, Le decided to plead guilty to "provide some relief to his family."

Le will be sentenced on February 12. Prosecutors are asking for Le to receive the recommended sentence of 25 and a half years, however, the defense plans to pursue a downward departure from the sentencing guidelines.