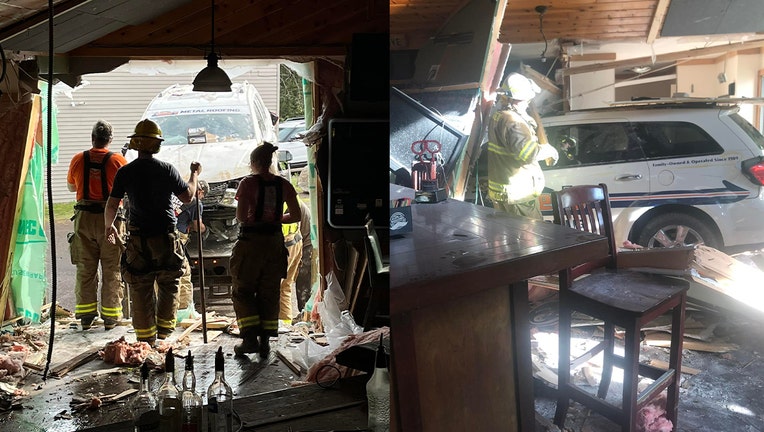 Different angles from inside the Island Lake Inn show the damage created from a crash Wednesday.

(FOX 9) - No one was seriously injured after a man fell asleep behind the wheel of his car, then crashed into a restaurant on his way to work Wednesday morning.

At about 6:49 a.m., the St. Louis County Sheriff's Office and other agencies responded to a report of a vehicle crash at the Island Lake Inn after it was reported that a vehicle had left the roadway and went through the building.

Upon arrival, responders located a vehicle inside the Island Lake Inn. The 36-year-old man from Tower, Minnesota, had minor injuries and said he had fallen asleep at the wheel while driving to work in Duluth. He did not require any medical treatment.

Numerous commenters on the post offered a helping hand in cleanup. FOX 9 has reached out for comment about plans for reopening.

According to authorities, there were no signs of impairment and alcohol and drugs are not suspected to be contributing factors.