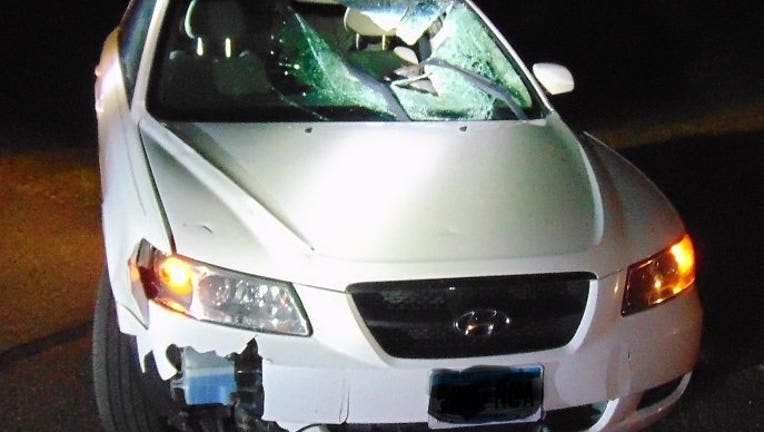 HASTINGS, Minn. (FOX 9) - A man was arrested after a deputy spotted him driving in the wrong lane Saturday night outside Hastings, Minnesota.

According to the Dakota County Sheriff's Office, at about 10 p.m., a deputy spotted a car heading north in the southbound lane of Red Wing Boulevard near 200th Street. The deputy activated his lights and siren, but the driver did not stop. After the deputy followed him for a short distance, the man eventually pulled over, hitting a mailbox. He then made a wide turn into a driveway and stopped.

The driver got out, and the deputy ordered him to the ground.

The deputy noticed the driver's windshield had been smashed in, and the driver's hand was bleeding. The deputy also learned that the driver had hit a mailbox on Red Wing Blvd. and then drove with the smashed windshield for at least 3 miles before he was found driving in the wrong lane.

The driver was arrested for DWI.