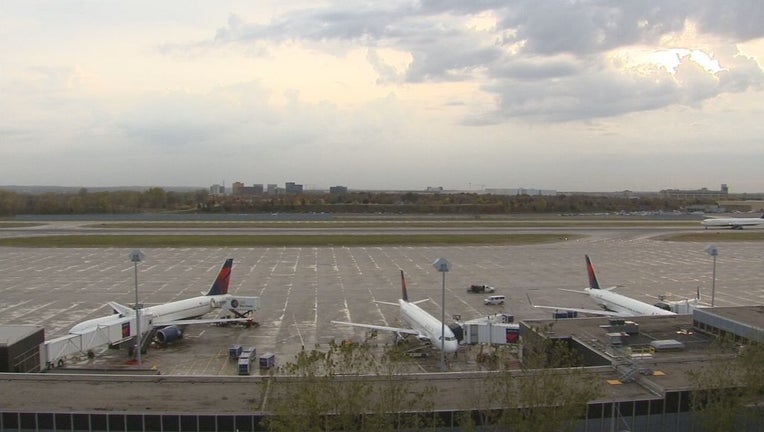 Jenni Packard was on board a Delta flight with her family on Tuesday night, returning home after spending the holidays in Jacksonville, Florida. After a layover in Atlanta, the family was homebound for MSP Airport, expecting to land just after 8 p.m.

Problems at MSP Airport continued midweek for some unlucky passengers this holiday season.

"I had a family member who was going to pick us up, and he was waiting," Packard said.

No one in their family or on the plane could’ve predicted how long of a wait they were all in for. Unfortunately, they wouldn’t make it home until close to 2 a.m.

"They would say 10 minutes and then 20 minutes would go by," Packard said.

After landing in Minnesota, it didn’t take long to realize their journey was only just beginning. In the end the plane spent more time on the ground than in the air.

"Our total time after we landed was three hours before we actually exited the plane," Packard said.

Packard first knew something was wrong when they landed and she says the pilot wasn’t given a gate on the ground. "So we sat on the tarmac for probably 40 minutes at least," Packard said.

So close, yet so far from their destination, it didn’t take long for people to become frustrated.

"One passenger suggested calling 911 to try to get us off the plane," Packard said. "Other passengers they had connections to make, they had places to be in, someone mentioned they needed to be at work."

Packard says people only got more desperate after they eventually got to a gate, because they realized the trouble wasn’t over.

"We were probably 50 yards from it and there was no crew to bring us in," Packard said. "For over an hour."

When they were able to get off the plane -- nearly three hours later -- they found they had another problem, "We waited at least an hour before we received any notification as to where our bags were going to be," Packard said. "So my assumption was that there was no crew to unload the bags either."

On Tuesday night, Delta apologized to its customers, citing a combination of bad weather requiring deicing, as well as staffing shortages caused by the omicron variant of COVID-19. The airline says passengers affected have been offered travel vouchers and SkyMiles.