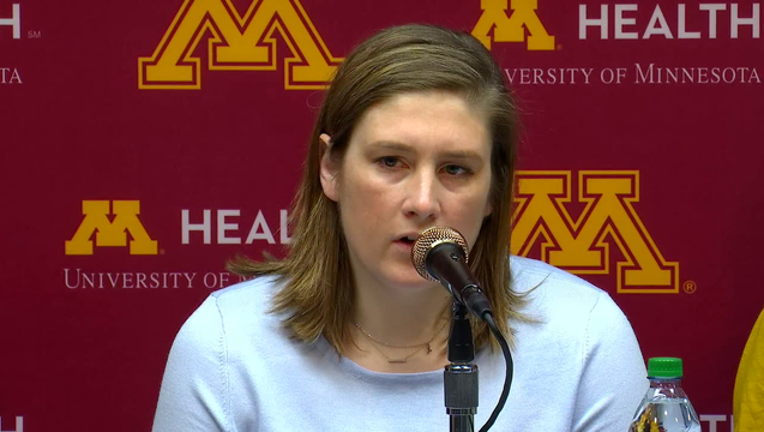 MINNEAPOLIS (FOX 9) - College coaches have had to jump through some hoops trying to manage their teams and Gophers basketball coach Lindsay Whalen is no different.

Amid the coronavirus outbreak, which has forced the country into self-isolation, Whalen is among coaches that have had to find ways to keep in contact with their players.

College coaches have had to jump through some hoops trying to manage their teams and Gophers basketball coach Lindsay Whalen is no different.

It’s been less than a month since the Gopher women last saw the basketball court but, at this point, that feels like a lifetime ago.

Basketball immediately took a back seat.

Whalen recently completed her second full season as the Gophers head coach and, at times, it was a difficult one. Guard Destiny Pitts was suspended and eventually left the program and the Gophers finished the season just barely over .500.

"Every coach that I’ve talked to and this is a difficult year," she said. "I think there was just a lot of times where we had to put our foot down and say this is how we’re doing it, this is how it’s going to be done and we felt very strongly about those things and the decisions we made."

But despite the up and down season, Whalen says her group battled through tough times and she says she’s proud of her team’s resiliency.

During time of quarantine, Whalen still keeps touch with her players and it’s giving her time to look 0forward to year three under her tenure. She acknowledges it’s a big one for her and her program but given the current climate, all the Gophers want is to play ball again.

"Whenever it is we can meet up again and get back to work, it’ll be fun to kind of move towards this next season," she concluded.