After more than four years, investigators have a major new development in the unsolved murder of Jonathan O’Shaughnessy - it’s inspiring his mom to share details about the night of the shooting she’s never shared publicly.

RICHFIELD, Minn. (FOX 9) - After more than four years of waiting for answers, Cynthia Kuntz feels like she's finally one step closer to knowing who killed her son, Jonathan O'Shaughnessy, and why.

FOX 9 has learned Richfield Police and the Minnesota BCA have identified a male they know to be directly involved in the 2017 murder and are continuing to investigate his role in the killing.
Kuntz learned of the development on Monday.

The 24-year-old was shot and killed in what police believe to be a random drive-by shooting after Richfield's Fourth of July street dance.

Following the latest development, Kuntz is also sharing details about the night of the murder she's never publicly shared before.

O'Shaughnessy was killed when he was with two family members and Kuntz is revealing for the first time that she was one of those family members. 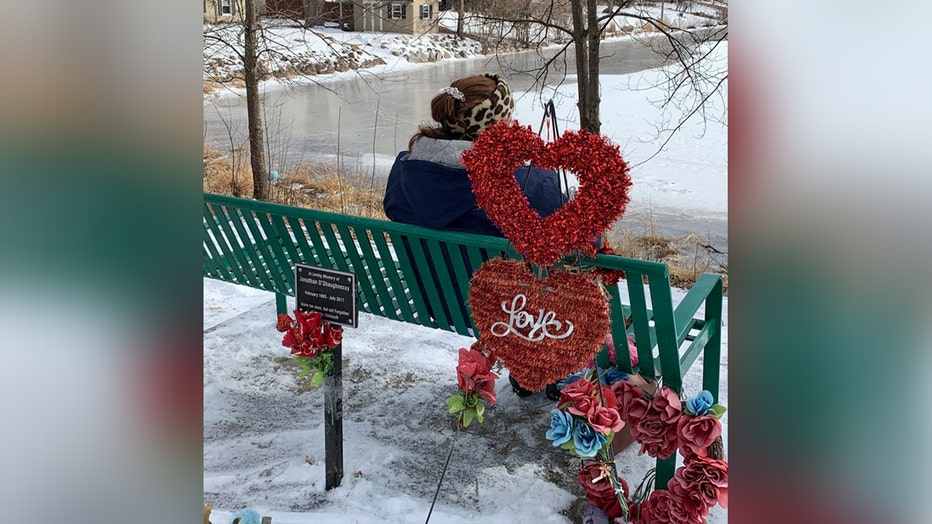 After more than four years, investigators have a major new development in the unsolved murder of Jonathan O’Shaughnessy - it’s inspiring his mom to share details about the night of the shooting she’s never shared publicly.

"It just didn't make sense to be a part of the story that I was with him... I thought, 'Ok, it's time to get that out there,' because what mother wants to go through this? Believe me, I wouldn't wish this on any family," said Kuntz.

On the walk home that night, a van with three people in it pulled up to their group, which was walking on 64th Street.

Somebody called out, "We're going to kill you." O'Shaughnessy was then shot in the upper chest, dying in his mother's arms.

Richfield Police have interviewed many people with direct and indirect knowledge of the murder. Some have been cooperative, and some have not.

Someone still knows something that can solve this case, and Kuntz is pleading, as she has for more than four years, for them to come forward.

"It's not fair to a family of gun violence to not know any answers," said Kuntz.

A $50,000 reward is being offered for anyone with information that could lead to an arrest and conviction in Jonathan's case.