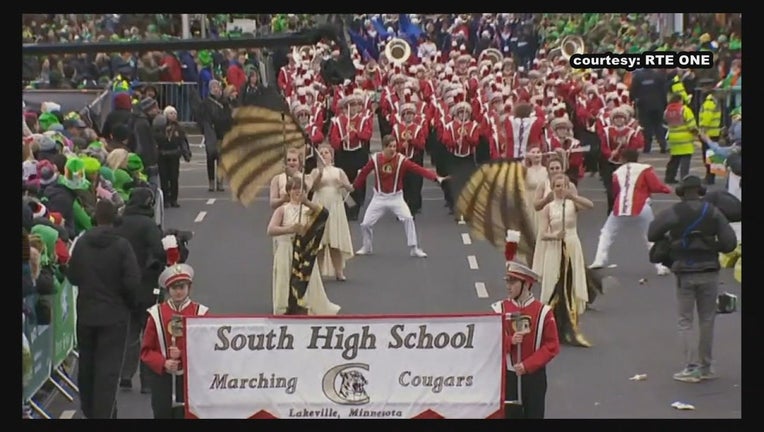 (FOX 9) - The marching band from Lakeville South is representing Minnesota once again on the national stage.

This time they are set to perform at the Pearl Harbor Memorial Day parade this Saturday, marking the 75th anniversary of the attack. It's an opportunity for these students to meet some of the last survivors from that historic day.

The marching band from Lakeville South is representing Minnesota once again on the national stage.

The last time we caught up with the Lakeville South High School Marching Band, they were celebrating St. Patrick's Day in Dublin, performing in their parade.

Now the students are trading in their green attire for sandals and swimsuits as they landed in Hawaii for the 75th anniversary of the Pearl Harbor remembrance event.

“We are honored to be able to perform for this parade and the impact that we will have on this community here,” said band member Cori Nelson.

FOX 9 talked with some of the students and their marching band director from the shores of Oahu. The 141 students from Lakeville South will be representing the Midwest Region in this historic parade.

“Just to know the historical background behind everything that’s happened here and we are going to be able to be a part of something like that,” said Robert Allen. “It’s amazing, it’s a very amazing thing.”

The talented band was invited to take part in the festivities along with several other schools from across the country. For months now, they've been practicing their routine and learning about what happened on December 7, 1941, a date that will live in infamy.

“When they get to march down Main Street in Waikiki in two days or play with the Marine band with those who are still survivors of that day,” said band director Chad Bieniek. “That’s awesome to shake their hands -- that’s an opportunity that not a lot of kids get.”