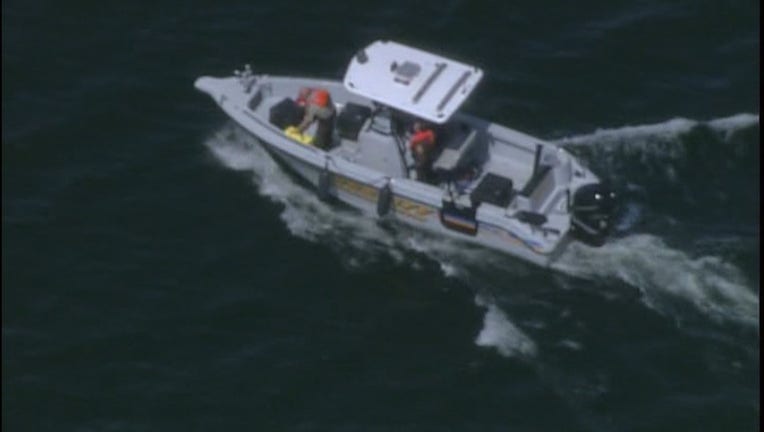 The Hennepin County Water Patrol executes a search on Lake Minnetonka after a boater died after being tossed from the boat in rough water Monday.

EXCELSIOR, Minn. (FOX 9) - The body of an adult man was found by a Hennepin County Sheriff’s Office dive team Monday afternoon in Lake Minnetonka near Excelsior, Minnesota after he and another boater were thrown from a boat.

According to the Hennepin County Sheriff’s Office, the water patrol was first called to Gideon’s Bay around 10:30 a.m. for a report of two men who had been thrown from the boat in rough water. Neither man was wearing a life vest.

One of the men swam to a buoy and was rescued by another boater.

The incident is under investigation by the Sheriff’s Office.

“Our condolences go out to the family and friends of the person who lost their life in this incident,” Sheriff Dave Hutchinson said. “It is especially tragic when this happens when people are engaged in an activity like boating, which can be so peaceful.  The sad lesson of this is the importance of always wearing a life preserver when you are out on the water.”