Kia and Hyundai model vehicles are seeing a rise in theft across both the Twin Cities and U.S. FOX 9’s Rose Schmidt details the local police response to the rising epidemic.

MINNEAPOLIS (FOX 9) - Minneapolis’ new police chief is warning the public the thefts of Kias and Hyundais have increased tenfold in his city, and the thieves are often children.

The Minneapolis Police Department is the latest department to warn of a TikTok challenge showing young people how to steal Hyundai and Kia vehicles using only a screwdriver or USB drive.

Chief Brian O’Hara cited data showing 2,166 Kias and Hyundais were stolen so far this year, compared to 250 all of last year.

"What frustrates me most about this is time and again, these are children. These are literally children involved in this," O’Hara said. "So many of these kids just don't have the ability to understand the dangerous and the finality of death. That's what we're talking about here, the risk to themselves and to others." 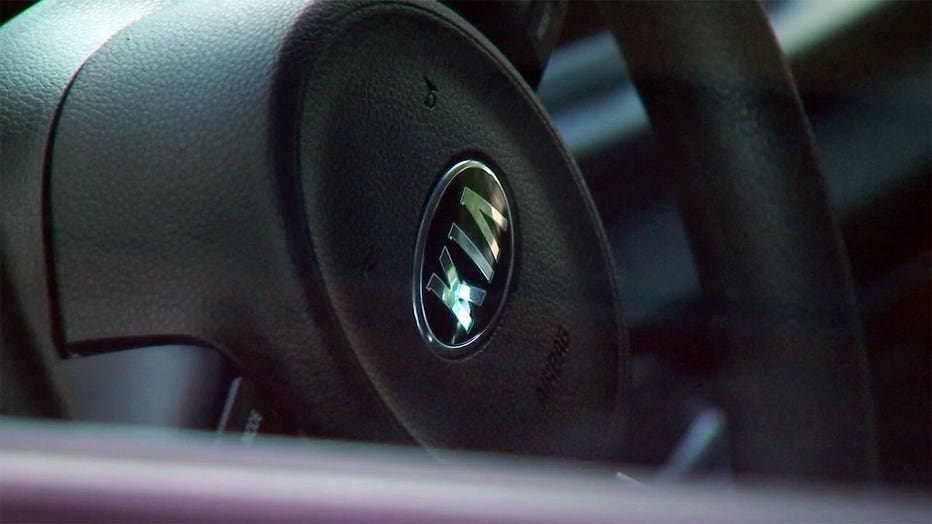 In Minnesota, at least 9 federal lawsuits have been filed against either Kia or Hyundai or both, including Minneapolis-based attorney Rob Shelquist's clients, who live in St. Paul.

"This was preventable and is preventable if the company stepped forward," said Shelquist, an attorney shareholder at Lockridge Grindal Nauen.

His clients' 2018 Kia Sportage wasn't stolen, but it was broken into, forcing them to pay a $500 deductible plus the repairs and the cost of a steering wheel lock to discourage further attempts.

"(My clients) stepped forward obviously for their deductibles and because they felt violated in this process. They also stepped forward to try to help others to prevent this from happening to others

Shelquist is asking Kia and Hyundai for three things: to fix these cars at their own cost, to pay owners back for the costs they've already incurred, and to then start a social media campaign notifying the public of the potential fixes to help deter future thieves.

In Minneapolis, police said of the 2,166 stolen Kia and Hyundai vehicles, 131 have been stolen more than once with five being stolen on three separate occasions. Officers said stolen Kias and Hyundais have also been used to commit other crimes, including being involved in five homicides, 11 shootings, 34 robberies, and 212 hit-and-run accidents.

"But it's important to emphasize that number is ‘at least’ five homicides. That's where we know we're able to confirm these vehicles. Certainly, there are dozens and dozens more criminal incidents that have been facilitated by the thefts of these cars," O’Hara added.

Both Kia and Hyundai told FOX 9 in separate statements they are providing steering wheel locks, or clubs, to law enforcement. O’Hara said so far, his department has been provided 96 clubs.

The chief said, "131 owners have had their vehicles stolen more than once this year because of this problem. That 96 isn't even enough to cover them."

Kia is saddened to learn that a juvenile in Minneapolis was found injured this week in a crashed vehicle that was reported as stolen. We remain concerned about the recent trend among youth in some areas, encouraged by social media, to target certain Kia cars with a steel key and "turn-to-start" ignition systems.  Such criminal conduct endangers our local communities and violates property rights.

While no car can be made completely theft-proof, Kia continues to make steering wheel locks available to customers through interested local law enforcement agencies, subject to available supply, at no cost to concerned owners of these vehicles.

Kia also continues its efforts to develop additional solutions for vehicles not originally equipped with an immobilizer, including the development and testing of enhanced security software. Kia will soon be making an announcement regarding the availability of software upgrades to owners of affected vehicles.

All 2022 models and trims have an immobilizer applied either at the beginning of the year or as a running change, and all Kia vehicles meet or exceed Federal Motor Vehicle Safety Standards.

Kia customers with questions regarding their Kia vehicle should contact the Kia Consumer Assistance Center directly at 1-800-333-4542 (Kia).

We remain concerned about the increase in thefts of certain Hyundai vehicles that have been targeted in a coordinated social media campaign.  Currently, Hyundai provides steering wheel locks, as available, to law enforcement agencies in impacted areas.  In addition, Hyundai will provide two other options for owners of these earlier model year vehicles targeted by thieves.

Customers who have questions can contact the Hyundai Customer Care Center at 800-633-5151.