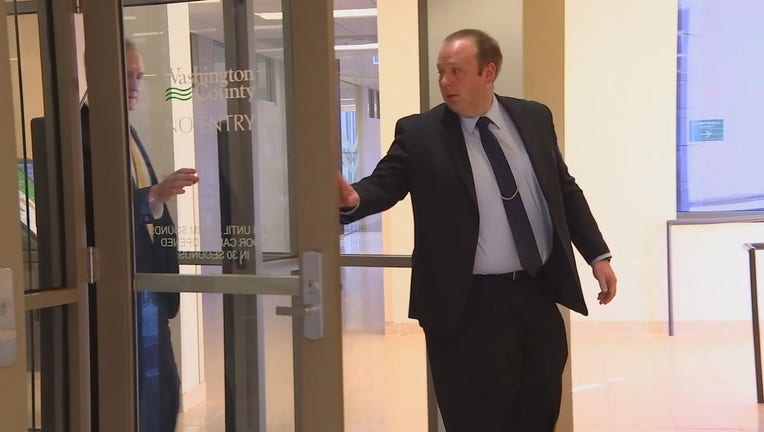 The manslaughter trial for a former Washington County Sheriff's Deputy is underway in Stillwater, with the prosecution and defense offering opening statement to the jury Wednesday.

The deadly incident unfolded at a Lake Elmo intersection in April 2018. Evans, an EMT, was drunk, and suicidal, apparently depressed over a failing romantic relationship. He had a gun and was threatening to kill himself. Responding officers negotiated with him for some 40 minutes at the scene to try to end the situation peacefully.

Deputy Krook eventually fired four times, killing Evans. Krook’s legal team argued he was compelled to use deadly force to protect himself and the lives of fellow law enforcement.

A grand jury indicted Krook for the shooting of Evans, a rare prosecution of a law enforcement officer for a line of duty action. Krook’s defense team maintained from the beginning that the shooting was justified.

Dash camera video played in court showed Evans in his dress firefighter’s uniform, kneeling in the street with a gun to his right temple. The video was synced up with audio from the body-worn camera of Deputy Krook.

While talking to another deputy, Deputy Brian Krook stated, "I’m getting uncomfortable with him turning his head, just so you know."

Evans can be seen constantly looking around at the law enforcement who surrounded him. In a BCA interview of Krook, recorded a few days after the shooting, played for the jury, Krook told the special agent, "If he did pull the trigger while he’s got his head turned, the bullet’s going to come at us."

During Krook’s interview with the BCA, he said the Evans took the magazine out of the gun and tossed it to law enforcement. He was aware Evans had, at most, one round in the chamber, but he said "I didn’t want him to take any of us with him. That was my worry."