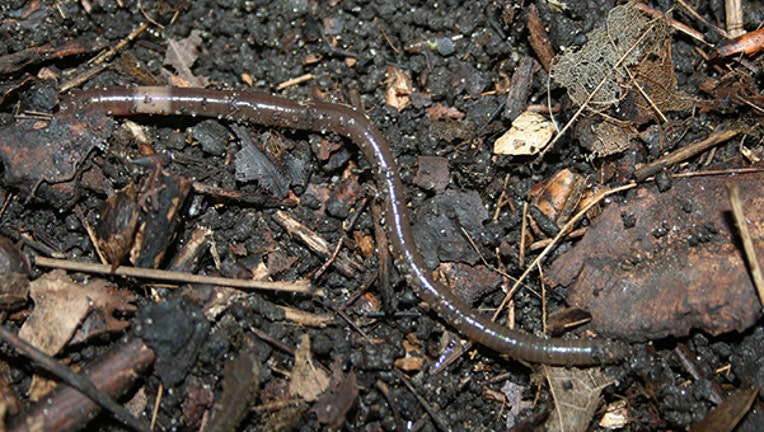 The Minnesota DNR is asking people to be on the look out for the invasive Jumping Worm. (Josef Gorres, Univeristy of Vermont)

(FOX 9) - The Minnesota Department of Natural Resources is asking residents to be on the lookout for another invasive species. The jumping worm can degrade soils and cause damage to plants and lawns.

Native to Asia, the jumping worm looks similar to the common earthworm, but wiggles and “jumps” when disturbed.

The invasive worms have been confirmed in the state since 2006. The DNR believes they spread through the state by people moving potted plants, soil, compost, mulch and fishing bait.

“The good news is, jumping worms are not well established in Minnesota and there are actions people can take to prevent their spread. We need gardeners and anglers to be vigilant and to contact the DNR when they think they’ve found jumping worms,” Van Riper said.

The DNR suggested additional steps to help stop the spread of the jumping worms, don’t buy worms labeled “snake worms,” “Alabama jumpers,” or “crazy worms,” anglers should dispose of unused bait in the trash, gardeners should inspect incoming soil and recreationists should clean the mud off their boots and equipment.