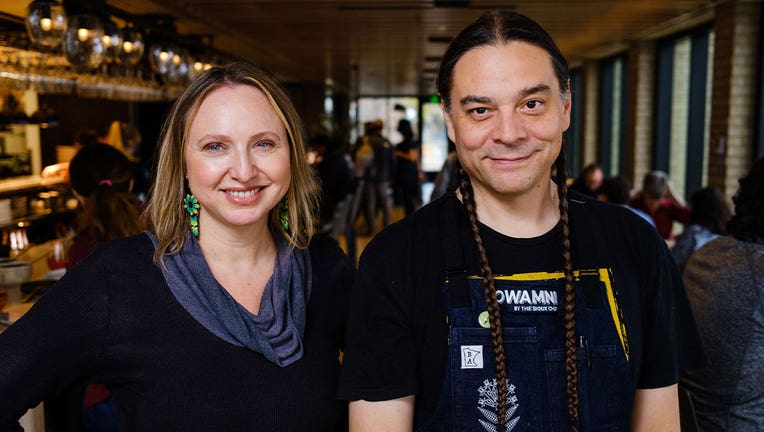 Co-owner Dana Thompson, left, and co-owner and chef Sean Sherman stand for a portrait during lunch service at Owamni by The Sioux Chef restaurant on Thursday, Nov. 11, 2021 in Minneapolis. (Getty Images)

(FOX 9) - The annual James Beard Awards took place Monday, and similar to years past the Twin Cities was well represented.

Sherman and Owamni will be taking home awards with them, winning in the Best New Restaurant category.

The mission of the awards is to recognize exceptional talent and achievement in the culinary arts, hospitality, media and broader food system, as well as a demonstrated commitment to racial and gender equity, community, sustainability, and a culture where all can thrive.

For the last few years, Yia Vang has brought Hmong cuisine to Minnesota - first through pop-ups, then his restaurant Union Hmong Kitchen.