To celebrate 100 years in business Ingebretsen's, is honoring its loyal customers by highlighting their testimonials.

MINNEAPOLIS (FOX 9) - A Scandanavian staple on Lake Street in Minneapolis is marking a huge milestone this year.

The meatball mix and Swedish sausage draw the crowds.

But customer loyalty is what Ingebretsen’s cherishes the most, with some customers having been coming to the store their whole lives. It’s why owner Julie Ingebretsen says they’re still here after 100 years. 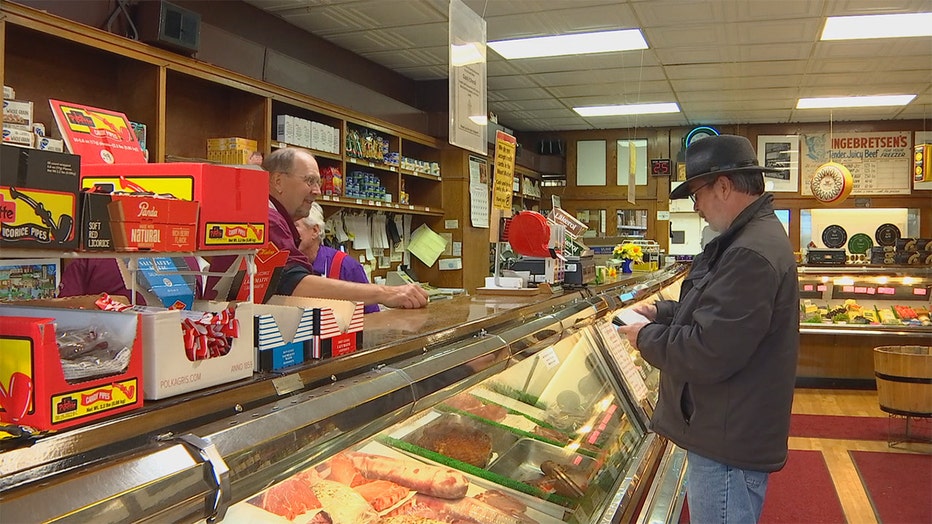 "You know people have been so supportive of us for all these years they just keep coming back even though thy moved out of the neighborhood they come back their kids come back," she said.

To mark the 100th anniversary, Ingebretsen’s has been posting customer loyalty stories on social media. A Scandinavian customer in Texas writes, "Our challenge was where we would find the lutefisk in Texas. That begun a tradition of 30 plus years when someone in our group would make a trip to Minnesota to visit Ingebretsen’s to pick up the lutefisk and bring it back to Texas."

But as deep in to culture and tradition as Ingebretsen’s is now, it really wasn’t that way when Julie’s grandfather opened up in 1921.

"When some of those first generation people came over they wanted to be American. proud of where they came from, but still more focused on being, fitting in here. So it’s been the succeeding generations that have valued the roots of this more and more," she said.

Local and international Nordic artists have filled the store with unique Scandinavian finds that are both beautiful and fun.

Like many businesses on Lake Street, Ingebretsen’s faced some challenges throughout the COVID-19 pandemic and social unrest. But just like they have since 1921, the customers keep showing up.

When asked what her grandfather would say if he saw the store now, Julie said he’d be "very proud."

While the 100th anniversary of the store is November 2021, the celebration will continue into 2022 because they just didn’t fit it all in.