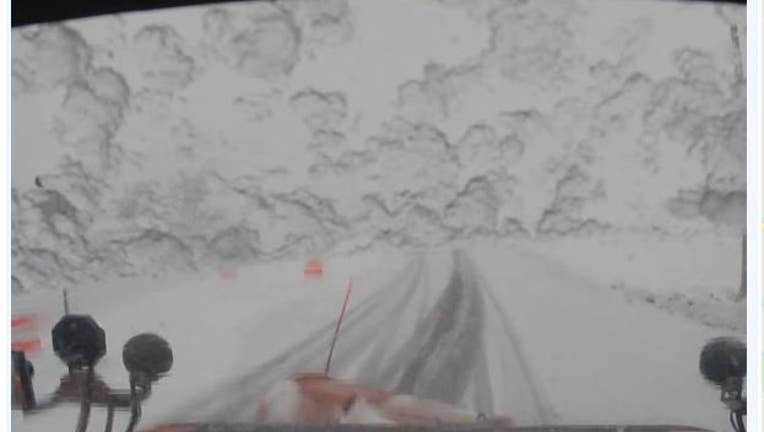 ALEXANDRIA, Minn. (FOX 9) - Snowy conditions in central and west central Minnesota have caused a number of crashes Thursday, leading the Minnesota State Patrol to put out a warning about potentially "treacherous" conditions.

The State Patrol said it responded to 55 crashes and 42 vehicle spinouts between 6 a.m. and 1 p.m. Thursday. Six of those crashes included injuries, but there were no serious injuries or fatalities. 1 semi jackknifed in the poor road conditions during that time, too. 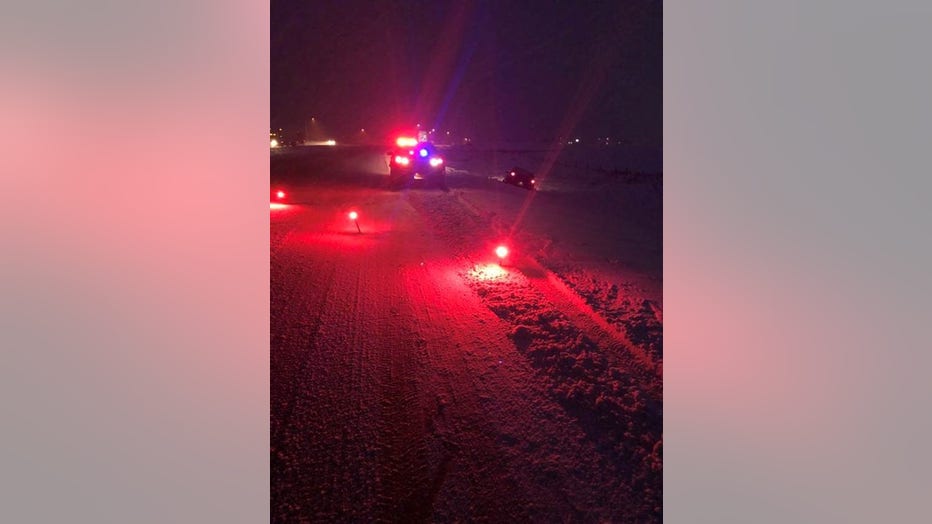 A State Trooper helps a motorist whose car spun off I-94 near Alexandria Thursday morning in snowy conditions. (Minnesota State Patrol)

According to the Minnesota State Patrol, troopers are responding to several spinouts by Alexandria on I-94 Thursday morning. Two semis spun out near Downer, Minn. too.

Slick roads were also reported in the Twin Cities metro area as well as rain and snow mix fell on the region throughout the morning.

Law enforcement is asking motorists to move over and slow down if they see flashing lights on the side of the road. While travel is not recommended in such conditions, if you must travel, the State Patrol recommends keeping an extra flashlight, food and water in your vehicle in case of emergency.