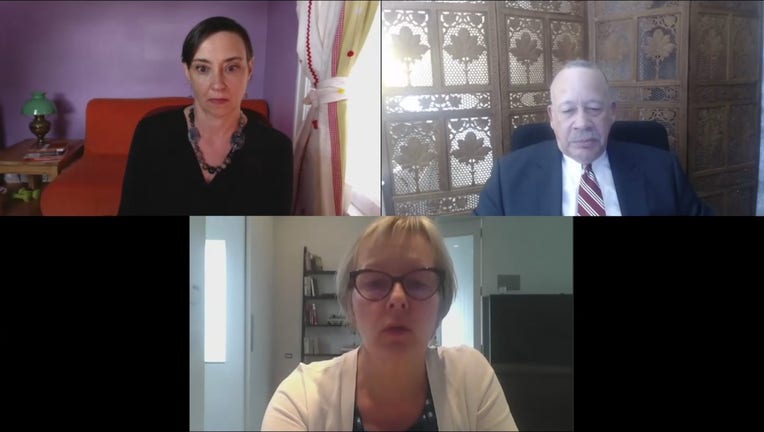 MINNEAPOLIS (FOX 9) - George Floyd’s death has renewed discussions about community-police relations and two Humphrey School professors who have done extensive research on the subject held another one Wednesday.

Both of the professors say the way forward needs to involve carefully listening to the community.

George Floyd’s death has renewed discussions about community-police relations and two Humphrey School professors who have done extensive research on the subject held another one Wednesday.

“If I were to give advice to the Chief of Police, I would say, let’s start with humility. Let’s start with we really don’t know what we should do,” said Samuel Myers Jr. of the Humphrey School of Public Affairs.

“For 50 years, for 50 years we’ve been trying to solve this problem,” Myers said. “It’s not like we haven’t tried anything before. But many of the people who labored and sacrificed long and unpaid hours in order to try and provide community input, many of their contributions have been ignored. Listen.”

Beyond listening, Prof. Kathy Quick says the communities need to understand that reforms must go deeper than just police.

“Policing is the point and the prow of the boat in the whole system of racism that has weight and freight and moment behind it,” said Quick.

Quick worked with the Falcon Heights Inclusion and Policing Task Force after Philando Castile’s death. She says if you are not looking at the whole system of racism and addressing it head-on in addition to the police department, then there is no fundamental solution.