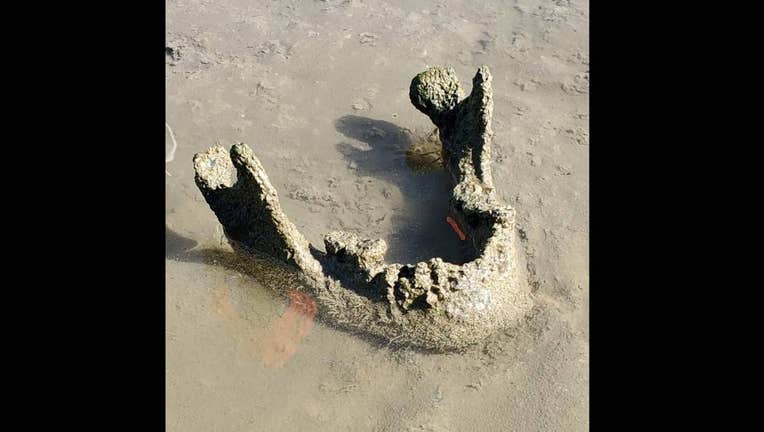 A human jawbone found in a Iowa river spurred an investigation. Experts say the bone is thousands of years old, and of historical importance. Marshall County Sheriff's Office.

After human remains were found in the Iowa River in Marshall County, authorities were on the case. But they couldn't in a thousand years predict that the jaw bone they found was actually a piece of ancient history.

Deputies say bones were found in August, many of them later to be discovered as animal remains. But a lone jaw bone remained a mystery for some time.

After police were left stumped, they gave the jaw bone to the State Medical Examiner’s Office, which examined it before handing it over to the Office of the State Archaeologist.

That's when scientists found that the jawbone was actually thousands of years old.

"The mandible was determined likely to belong to a prehistoric Native American, middle to older age male," the sheriff’s office said in a press release.