The Minnesota Vikings are 7-1, and take a six-game win streak to the East Coast to face the Buffalo Bills at noon Sunday in a game you can watch on Fox 9.

Before kickoff, watch Vikings Gameday Live with Mark Rosen, Dawn Mitchell, Ron Johnson, Pete Bercich and Ben Leber. The Vikings are coming off an emotional 20-17 win over the Commanders, as Kirk Cousins returned to Washington for the first time since signing with Minnesota in 2018. The Vikings rallied from down 17-7 in the fourth quarter with 13 straight points.

Sunday marks the first time the Vikings will see former wide receiver Stefon Diggs, traded to Buffalo for draft picks in the deal that allowed Minnesota to draft Justin Jefferson in 2020. The Vikings are also likely to face Bills’ back-up quarterback Case Keenum, as Josh Allen is dealing with an ankle injury. The game also marks a match-up between Dalvin and James Cook. James is a rookie running back for the Bills, drafted in the second round.

The Vikings are looking to win their seventh straight game, and improve to 8-1 under first-year head coach Kevin O’Connell. They enter Sunday’s game with a 4.5-game lead in the NFC North Division.

What time does the Vikings-Bills game start? 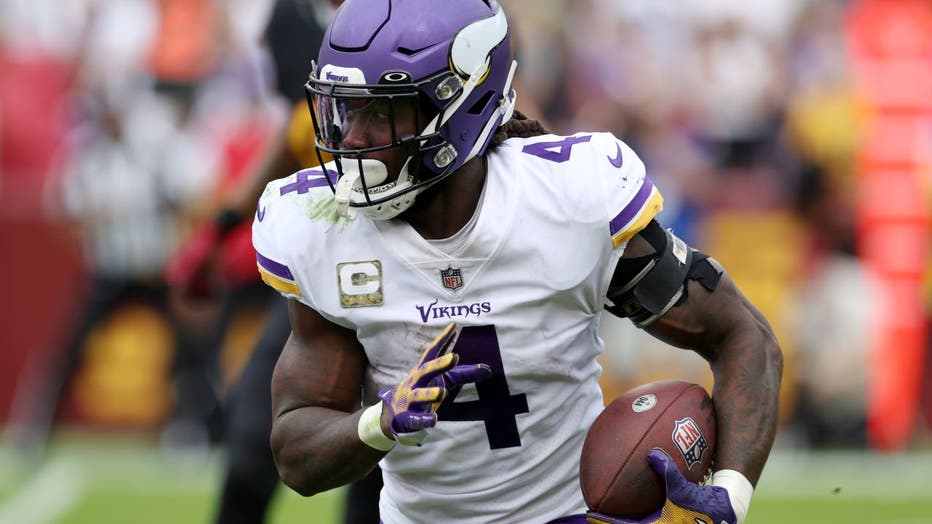 Dalvin Cook #4 of the Minnesota Vikings carries the ball during the second quarter of the game against the Washington Commanders at FedExField on November 06, 2022 in Landover, Maryland. (Photo by Todd Olszewski/Getty Images)

How can I watch the Vikings game on TV and streaming?

Catch this week's Vikings Gameday Live from 10-11 a.m. on FOX 9, streaming in the player at the top of the page and on FOX 9's YouTube page here.