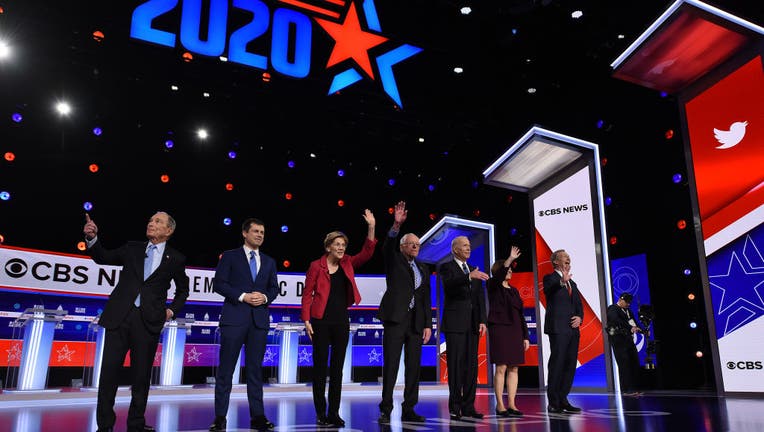 MINNEAPOLIS (FOX 9) - On the debate stage, the Democratic presidential candidates all carefully stake out their policy positions. But one Twin Cities marketing executive says that’s not necessarily how people vote.

“Most of the time, when voters are in the voting booth, they are concerned about how candidates make them feel,” said Jason Voiovich of MarketerInChief.com.

How the Democratic presidential candidates are branding themselves

On the debate stage, the Democratic presidential candidates all carefully stake out their policy positions. But one Twin Cities marketing executive says that’s not necessarily how people vote.

Voiovich says it’s all about branding. Leading consumer brands from Coca-Cola to Toro spend a great deal of effort to make an emotional connection with buyers and their most loyal customers. Presidential candidates are no different, they’re trying to appeal to voters’ hearts.

Marketers and advertisers commonly break down that emotional appeal into a series brand archetypes. They range on a scale of archetypes such as a “ruler” brand like Cadillac, to a “caregiver” brand such as Johnson and Johnson, and a “jester” brand like Old Spice. They are a metaphorical way of making a strong, psychological connection in the minds of consumers.

Looking at one of the leading Democratic candidates, Bernie Sanders, Voiovich sees him as the “ruler.”

“When people think about Bernie Sanders they think about him in the same way they might think about Patagonia. Patagonia is a brand that took out a full page ad telling people not to buy their product if they have too many Patagonia products or too many clothes in general. That’s a kind of principled rebellious kind of stand that Bernie stands for,” said Voiovich.

“She kind of reminds me of Allstate. You’re in good hands with Allstate. You can trust Amy Klobuchar to make sure that that happens,” said Voiovich. “That’s appealing to a different kind of voter right now. Someone who sees a right side and a left side and don’t see anything happening because the two sides are fighting with one another.”

Former Vice President Joe Biden has the brand of what marketers call the “everyman.” In this case think of Tom Hanks.

“He just wants to be that person that you want to go to the bar with and have a beer with,” said Voiovich

But, he also adds that this is challenging brand for Biden right now.

“The trouble with the everyman kind of persona, that kind of Chevrolet type persona, is that it’s tough when you’re Joe Biden," he said. "Being an everyman and being and elite political operative for basically his entire life, those two things are difficult for voters to reconcile in their mind.”

Voiovich also observes that Biden’s attempts at being becoming too cool-casual with his brand may be hurting him.

“Joe Biden is a living, breathing Geico commercial," he said. "It’s fun, it’s interesting, it’s memorable, but do you really do you really want that person to be president?”

“If you want to think about who is the smartest person in the room, It might be Elizabeth Warren,” said Voiovich.

And for good reason. She comes off as a professor because she was one. Details are part of her wheelhouse.

“She’s kind of like a National Geographic documentary,” said Voiovich. "There’s lots of great facts and you learn a lot of great things, but you’re having a good time while you do it.”

Voiovich says Warren may actually be using that brand to her advantage.

“She has one of the most compelling balances between the emotional connection and perspective and energy, with the kind of backup necessary with the facts, the details," he said. "She’s the woman with a plan.”

“Pete Buttigieg is Pepsi to Donald Trump’s Coke. That is as simple as you can think about it. He’s the choice of a new generation,” said Voiovich.

At 38 years old, Buttigieg is competing in a field of candidates in their 60s and 70s.

“Pete Buttigieg is the kind of person that exemplifies what America is becoming," he said. "Not what it was. And that’s exciting for people."

Voiovich says Mayor Pete is the type of brand people will vote for if they’re ready to pass the torch to the next generation like voters did with Bill Clinton in 1992.

“He’s fresh. He’s new. And that can be when the country feels like it needs a change, Pete is the kind of candidate, maybe the only candidate on the Democratic stage that can really deliver that,” Voiovich said.

Former New York City Mayor Mike Bloomberg represents power and wealth. Marketers call him the “ruler” and Bloomberg has made that brand the central theme of his campaign—at least his advertising campaign.

“He’s branding himself as, Trump, but not Trump,” Voiovich said. “He’s like the Cadillac. He’s unashamed, unafraid to flaunt his wealth and being able to say, ‘Yep done this. The country is a business and I’ve run a business and I can run the business of the United States better than Donald Trump.’”

Voiovich believes the greatest power of a president is not necessarily his role as command-in-chief, but rather as marketer-in-chief. Even before Fortune 500 companies created the role of chief marketing officer, presidents were learning and mastering their own power to inspire, motivate, and persuade.

“Washington was smart enough as a chief marketing officer before anybody had thought about that term, to understand that he needed to be a marketing expert as much as needed to be a military commander,” said Voiovich.

It’s why Voiovich has launched a website called MarketerInChief.com. Each week leading up to the election the site profiles a different U.S. president and how they marshaled the forces of branding and marketing to sell their ideas and lead the country.

“The whole point is that if we can be better informed about what our president is trying to do, what they’re trying to communicate, we’re going to be better citizens and were going to make better choices as voters,” said Voiovich.