A lawsuit brought against the Minnesota State High School League (MSHSL) in the early 1970s became one of the first times Title IX, the federal civil law that requires schools to provide equal opportunities for education for students no matter their gender, was challenged with a case related to sports.

(FOX 9) - A lawsuit brought against the Minnesota State High School League (MSHSL) in the early 1970s became one of the first times Title IX, the federal civil law that requires schools to provide equal opportunities for education for students no matter their gender, was challenged with a case related to sports.

In 1971, Peg Brenden was about to start her senior year at Tech High School in St. Cloud. For years, Brenden had a passion for playing tennis, but never had the opportunity to play competitively for her school’s team.

"At that time, there were no girl’s interscholastic sports programs at St. Cloud Tech. In fact, there weren’t very many across Minnesota or across the nation," Brenden told FOX 9. Looking for a way to play, she tried to get a spot on the boys’ team, but was told that under Minnesota State High School League rules she couldn’t. If she did, the team would have to forfeit their games.

"That struck me that that was unfair because I had the same love of the game and skills. I knew I could compete with these guys," she said.

Her senior year was her last chance to get playing time. Without any options left, she, following the advice of her older sister, decided to write a letter to the local American Civil Liberties Union, commonly known as ACLU, explaining her situation.

"I outlined my predicament that I wanted to play, that the only team at my school was a boys team and I just said ‘can you help me? And P.S., please hurry, I’m a senior,’" Peg said.

Brenden said she was surprised when she heard back from the ACLU. They agreed to take up her case, along with another young athlete named Toni St. Pierre, a cross-country runner at Hopkins High School. 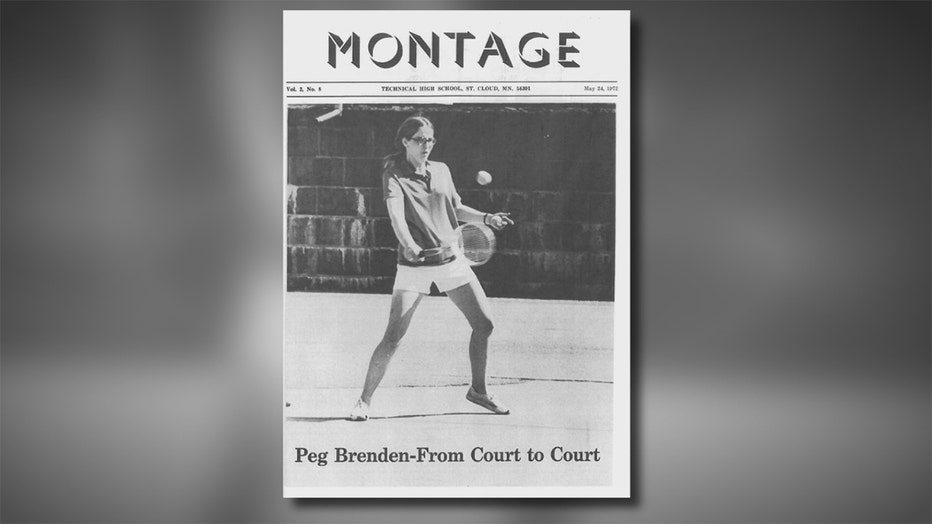 A lawsuit brought against the Minnesota State High School League (MSHSL) in the early 1970s became one of the first times Title IX was challenged with a case related to sports.

"I knew enough other girls that were as passionate about tennis as I was and I appreciated that this could have a ripple effect to other girls in my situation," she said.

By the spring of 1972, the case was in front of a judge. Brenden remembers testifying and, while sitting in the courtroom, being frustrated by some of the arguments other witnesses made in favor of the girls not being allowed to play with the boys.

Peg’s sister, Sheri Brenden, was in middle school at the time of the trial, but later researched and wrote about her sister’s experience in a piece for the Minnesota Historical Society called "Gaining Sweat Equity: Girls Push for Place on High School Teams."

"Much of the testimony seemed to imply that girls, as a general and generic category, just could not compete with boys," Sheri said.

The case went in Peg and Toni’s favor. A judge ruled that the boys’ teams would have to make an exception and let the girls join their teams.

"The season was about two thirds of the way or so over. I was in the lineup for five matches," Peg said. "I won three matches and I lost two and that was enough to earn my high school letter that year which I am very proud of not only in terms of what it represents of my tennis skills, but what it represents in the part I played in helping to grow athletic opportunities for girls." 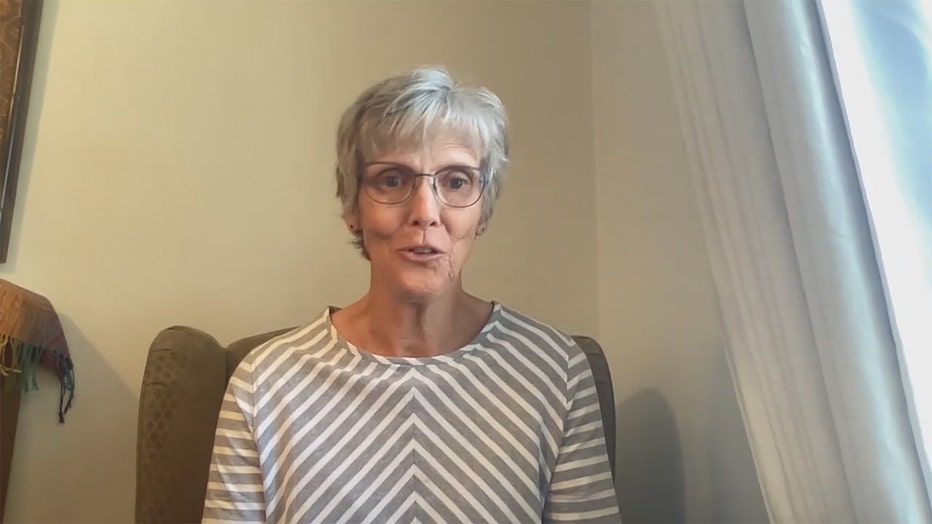 The MSHSL quickly appealed the case. The case landed in the Eight Circuit Court, and by that time, Title IX had been passed and was just starting to be implemented and challenged legally. Peg’s case was one of the first times sports was applied to this new Title IX rule, which does not specifically reference sports.

"It kind of kick-started this whole notion that all sorts of girls could expect that same protection and that same opportunity," Sheri said.

Peg went on to play tennis at Luther College in Iowa. Later, she became a Workers Compensation Judge under the office of Administrative Hearings. Now she hopes when others hear her story, they’re inspired to make change.

"I hope sharing this story will inspire other girls and boys to look around them and when they see injustices step out of the box and do something and it may be as simple as writing a letter," she said.

This December, Sheri is coming out with a book detailing her sister’s experience and the impact her case had on girls sports in the United States. The tile of that book is "Break Point: Two Minnesota Athletes and the Road to Title IX."