MINNEAPOLIS, Minn. (KMSP) - As their race appears to be tightening, Democratic U.S. Senator Tina Smith and Republican challenger Karin Housley met for their first debate five days before the election.

From the onset of the event on the Hamline University campus, it was clear the two women had different strategies: Smith, who has led in polls, sought to explain her brief record in the Senate. Housley attacked Smith as a senator who hasn't "done anything."

The winner will serve out the remaining two years in former U.S. Sen. Al Franken's term. Franken resigned amid sexual misconduct allegations in late 2017, and Smith was appointed to the seat.

"It is not easy to get things done in Washington, D.C., but I’ve shown that I can do it by working across the aisle and focusing on getting results," Smith said.

Housley noted that a number of Smith's initiatives -- such as a bill Smith authored to ban drug companies from paying to keep lower-cost generic drugs from coming onto the market -- haven't passed.

"You’ve had almost a year to get something done to decrease health care costs and you haven’t done anything in your time there," Housley said. "There’s a lot of talk, talk, talk and nobody’s getting anything done."

Smith responded that she had gotten a bipartisan school mental health bill signed into law.

The race has played out far from the national radar until this week. Democrats and a Democratic-aligned group are combining to spend $1.1 million in Minnesota, suggesting Smith may not have a strong hold on the race.

Both candidates had to answer for their past statements and actions.

Smith declined to attend a statewide televised debate in October, citing a "complicated" schedule. Thursday, she didn't explain that decision further, but said Housley had declined invitations for radio debates in August and September.

"I think the important thing is we’re here today and we probably shouldn’t spend a lot of time debating about debating," she said. "We should talk about the issues that matter to Minnesota."

Housley was forced to answer for her comment that the U.S. Senate election would be a "rubber stamp" for President Donald Trump's agenda.

Housley said mandatory background checks on gun sales that take place at shows and online are not the answer to stopping violence. Instead, she pointed to mental health services. Smith disagreed.

"If you can buy a gun at Dick’s Sporting Goods and get a background check, why not if you buy a gun online?" Smith said.

Smith and Housley also had a sharp exchange when asked about the so-called migrant caravan from Central America that is walking to the U.S-Mexico border. The caravan is not likely to arrive until weeks after the Nov. 6 election.

"I think that this group should be treated like every group that approaches the United States border seeking asylum," Smith said. "We have laws and we should follow the laws with this group just as we should with any other."

Housley responded: "My opponent does support open borders. She just said it – allow these caravan people to come into the country."

And, after Housley accused Smith of failing to act on rising health care costs, Smith said Housley's support for major changes to the Affordable Care Act would put some Minnesotans in danger.

The second and final debate is scheduled for Sunday, just two days before the election. 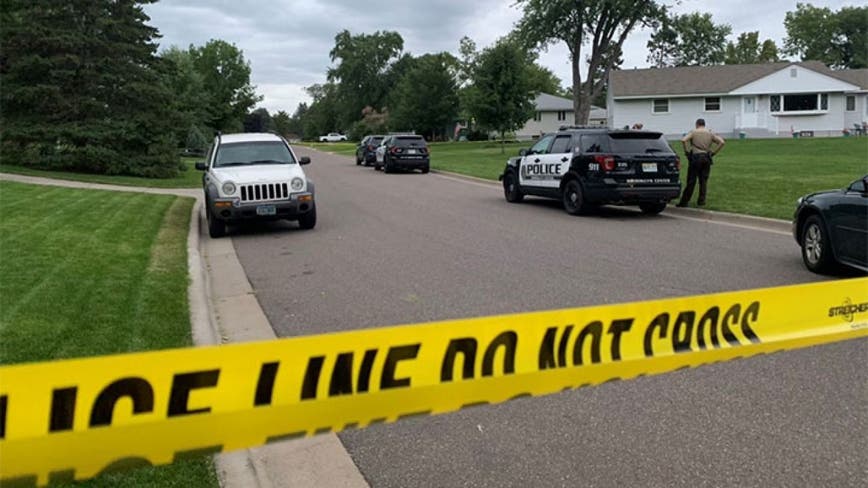