Hours-long police standoff in St. Paul ends with the suspect in custody

An hours-long standoff Saturday between St. Paul Police and a man who had barricaded himself in a home ended peacefully with the suspect in custody.

ST. PAUL, Minn. (FOX 9) - A seven-hour-long standoff Saturday between St. Paul Police and a man who had barricaded himself in a home ended peacefully with the suspect in custody.

St. Paul Police say the incident started with a domestic dispute around 2 p.m. at 7th Street East and Hope Street North. Officers were called to the residence around 3:30 p.m., where they were confronted by a man with a knife.

Other residents at the home were escorted away from the area. The SWAT team and police negotiators were called to the scene.

According to St. Paul Police Spokesperson Sgt. Dave McCabe, at one point, the man tried to set the home on fire, and in response, the city cut off the gas lines into the residence.

A FOX 9 photojournalist saw smoke billowing from the home's attic around 8:30 p.m. 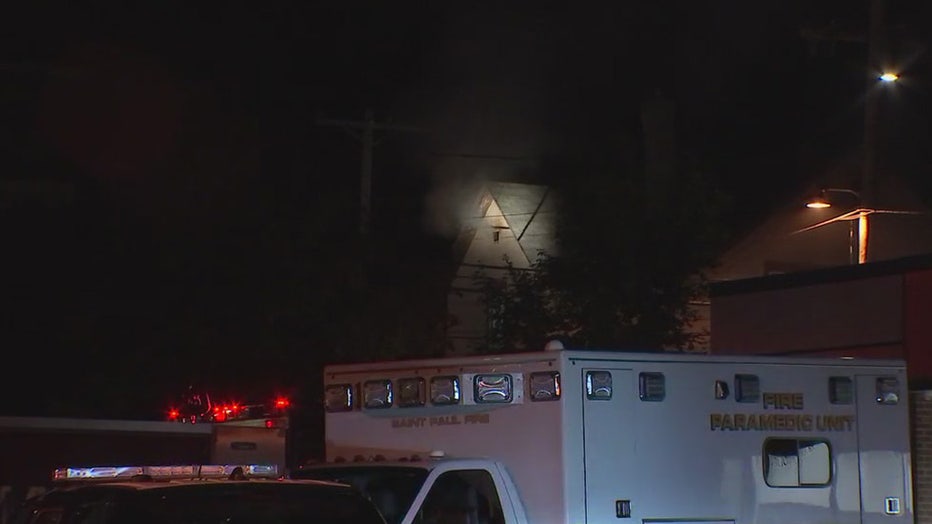 Smoke billows from the attic of a home in St. Paul where a man had barricaded himself during a standoff with police on Saturday, Sept. 10. (FOX 9)

By 9 p.m., the suspect was in custody, and police began to leave.

Sgt. David McCabe with the St. Paul Police Department said the man was being taken to the hospital for an evaluation but had no life-threatening injuries.

The man was booked into the Ramsey County Jail and is awaiting charges for the incident, McCabe said in a press release Sunday.