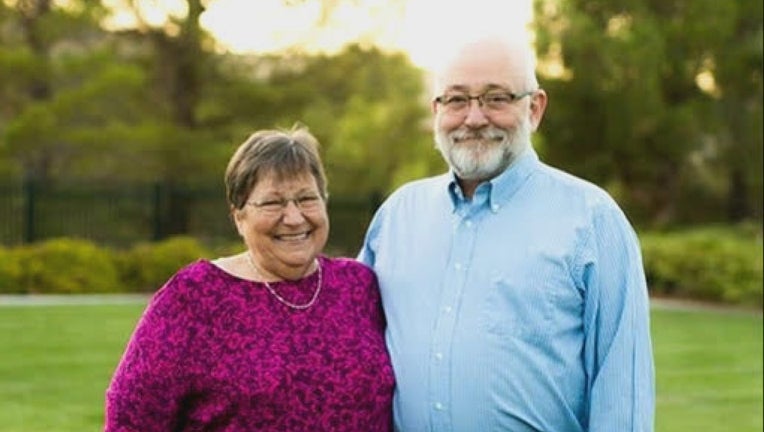 A Hopkins couple lost heat to their house in the middle of the polar vortex while also fighting COVID-19. As a result, repairmen wouldn't help.

"I think it was 30 below outside, the three days that they were without heat," Jay Robertson said.

Gail and Roger Johnson of Hopkins found themselves without heat last week when the couple’s furnace stopped working for three days.

While they were without heat, the 66-year-olds battled COVID-19.

The Johnsons had their furnace tuned up in preparation for the winter, so they called that same company.

"They said, 'you haven’t been exposed to COVID?' And I told them we we’re both COVID positive, and they said they can’t come out then," Johnson explained.

"We thought they must have protocol in place or something," Johnson said.

But each phone call ended the same way; companies would not send a technician to a home with active COVID-19 cases. That’s when strangers Tom Lien and Jay Robertson heard about the situation and decided to step in.

"You just can’t leave people in a situation like that," Robertson said. "We would figure out a good social distancing a good plan - gloves, mask - get in, get it fixed."

Lien is a handyman, and he doesn’t typically work on furnaces.

"I was just going down because somebody needed some help. I wasn’t going to charge them or anything else," Lien said. "If it was my parents, I would want somebody to help them out."

A code on the furnace revealed a problem with its pressure sensor.

"One of the symptoms is a blocked vent," Lien explained. He suggested Roger free the vent of any ice that could be blocking it.

"That might’ve done the trick. My husband is so thankful...he’s so thankful that the heat is on here so that’s one less thing he has to worry about," Johnson said.

"I was literally putting my jacket on to head down to Hopkins, and her mom called me and said the furnace kicked on that morning, so we didn’t have to come down," Lien said.

Gail says her husband Roger remains in the hospital as of Tuesday, but he’s "holding his own," and was recently moved to a respiratory floor in an effort to get his oxygen levels up.