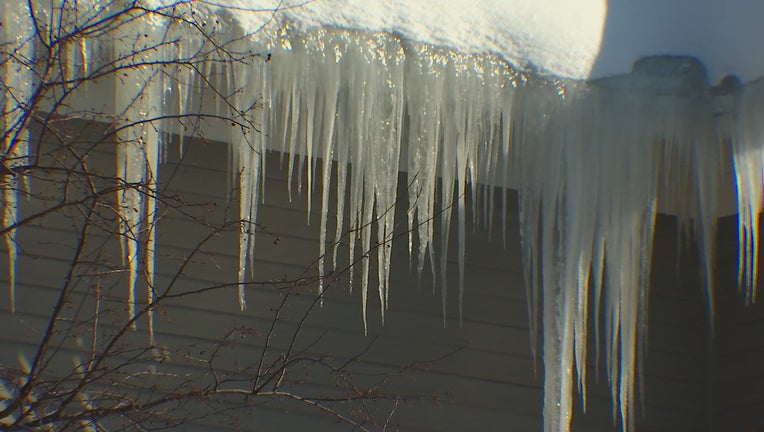 HOPKINS, Minn. (FOX 9) - Last winter's freezing temperatures and mounting snow created the perfect conditions for ice dams, the ridge of ice that can form along the edge of a roof that can cause serious damage. With winter around the corner, one ice dam removal expert says that prevention is key.

“In the last 25 years that we’ve been removing ice dams, last year was in the top three,” said Steve Kuhl, who runs the Ice Dam Company in Hopkins, Minnesota.

It's time to winterize your house to prevent ice dams

It may seem early, but an ice dam removal expert says you can avoid major headaches with some preventative measures now.

“The essential cause of ice dams is heat escaping and hitting the underside of the roof,” he explained.

It’s October, but Kuhl, says that he’s getting calls from homeowners already.

“We’ve been doing a lot of installation of heat cables specifically because people still remember the pain from last year and they’re thinking, ‘How can I prevent this?’” he said.

“The point of heat cables is to create melted pathways through snow and ice,” he said.

If hiring a ice dam removal company isn't an option, he says raking snow from the peak of the roof and using salt socks can also be helpful.

“You fill up a pantyhose with some sodium chloride or some calcium and you throw it up on an ice dam, and you hope it melts through and it actually is somewhat effective in melting in channels through the ice,” said Kuhl.

According to Kuhl, ice dams don't typically cause structural damage, but they can create serious water problems. He says that something as simple as cleaning the gutters can also go a long way.

“Another good thing is to clean the gutters,” said Kuhl. “Primarily because then the water in the spring then has a place to go instead going down near the foundation. It ideally will leave and be channeled away from the foundation and not come in.”

The installation of heat cables can run upwards of $1,500.

Making sure ceilings are airtight and increasing roof insulation can also be helpful in preventing ice dams.