As a passion project one man has built his own houseboat that he plans to set sail in next year after retirement.

(FOX 9) - For Don Gilliland, being on the water is a labor of love.

Now his latest passion project is almost ready to set sail on its maiden voyage.

"I'm anxious. I'm a little bit nervous. Obviously because everyone says 'what if it sinks?' I don't think it's going to sink. On the other hand, it's been a 14 year project and I almost hate to see it come to an end," Gilliland told FOX 9.

Gilliland comes from a family of commercial fishermen and always wanted a houseboat while growing up on the Mississippi River.

But once his kids were grown, and he went to buy a fixer upper, they were still too expensive so he decided to make his own.

"My wife finally said why don't you build one? You certainly know how to do it. You have the wood working equipment. I thought it was a good idea," he said of the idea’s origins. 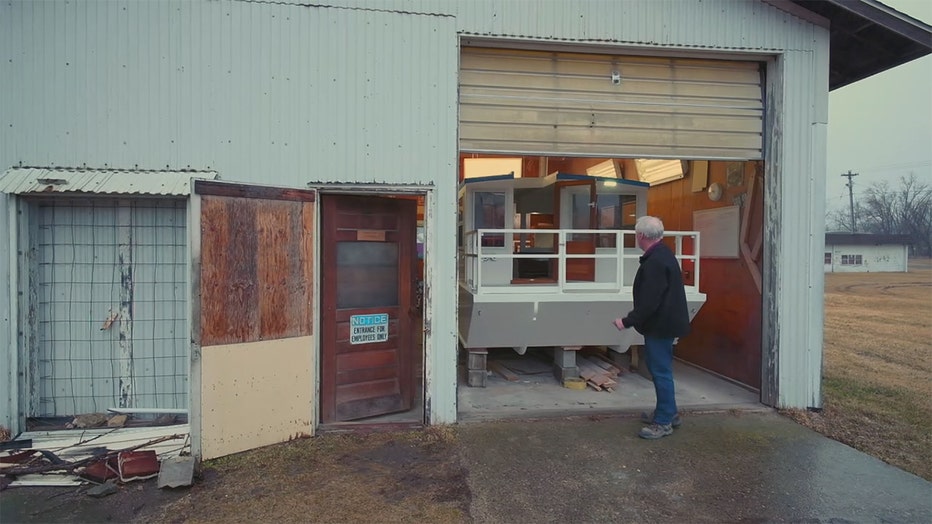 As a passion project one man has built his own houseboat that he plans to set sail in next year after retirement.

For the last 14 years, Gilliland has spent nights and weekends building a houseboat out of marine grade plywood, fiberglass and primer paint, among other things.

It also has an eating area, kitchen and bathroom – enough to make his creation a home on the water.

"There were many times I just about threw in the towel and took a saw and cut it and threw it in the dumpster. I'm one who doesn't give up on a project. I'll stay with it until the end," he said.

Gilliland hopes to launch his houseboat before he retires in June.

He plans to take it down the Mississippi with his wife next year.

After all, what better way than a homemade houseboat to keep the next chapter in his life afloat.

"I'm pretty happy with the end result. A few things I have to finish but it's almost done," he said.