MINNEAPOLIS (KMSP) - A subzero trek down Highway 169 on Monday was a journey of desperation for Adam Johnson.

A group of Good Samaritans found Johnson lying down on the side of the highway Monday night. He had been attempting to walk from Grand Rapids, Minn. to Minneapolis in -15 degree weather. Once he got to mile marker 249 on Highway 169, he decided to lie down to try to keep warm.

He had initially gone to Grand Rapids to get away from bad influences in Minneapolis and was waiting to get treatment when he needed a new place to stay. However, the local homeless shelter turned him away because his criminal record includes a domestic assault.

“At that point I was just so frustrated I just said forget it you know, I’m just going to walk back to Minneapolis,” Johnson said. “It was very miserable. At times I was very scared that I wasn't going to make it.”

And he almost did not.

The Good Samaritans called 911 and a state trooper arrived to help. The trooper bought Johnson McDonald’s and found him a warm place to spend the night, sleeping on the lobby floor of Aitkin County Sheriff’s office.

After hitching a few rides, Johnson arrived at the Salvation Army’s Harbor Lights shelter in Minneapolis on Tuesday night.

“I couldn't be more grateful,” Johnson said. “I was very happy that somebody stopped and recognized that I needed help.”

Grateful not just to those who may have saved his life, but to the six people total over two days who were willing to give him rides at a time a lot of drivers are scared to even stop.

It is not uncommon for shelters like the one in Grand Rapids to prohibit those with assaults on their record. The executive director of the shelter told Fox 9 it's because of the way the shelter is set up; housing entire families around a common area.

The Salvation Army is set up differently and does not turn anyone away. 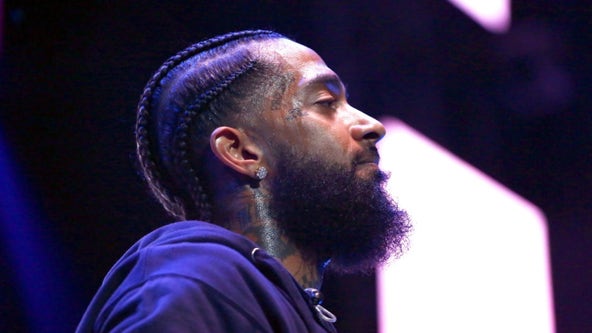