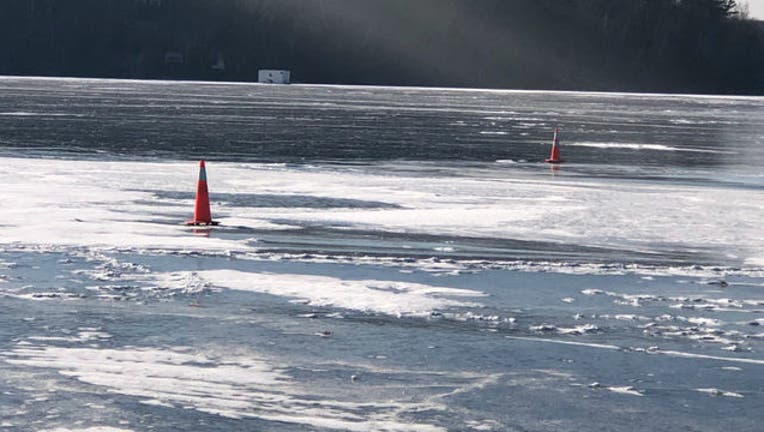 EXCELSIOR, Minn. (FOX 9) - After an ATV carrying two people broke through ice on Lake Minnetonka, the Hennepin County Sheriff is asking residents to use caution before venturing onto lakes.

Friday night, the sheriff's water patrol and the Excelsior Fire Department responded to a location off Lake Minnetonka near Lynwood Circle.

Deputies say the two men were riding the ATV to a portable fishing house when the ice broke through. Both men were able to pull themselves from the water, the sheriff's office reports. The men were helped by nearby sportsmen before being checked by first responders and returning home.

While not as serious as it could have been, Sheriff David Hutchinson says the incident serves as a reminder to be careful on ice.

"This year’s weather has not been good for the ice," said Sheriff David P. Hutchinson. "The recent warm weather has degraded ice in many places on Lake Minnetonka and other bodies of water in the county. People should use extreme caution before venturing out onto lake ice."

The sheriff says while the ice is thick enough to support people in many spots, you should also check it to measure out to four inches or more and, as you move, you should keep checking.

The sheriff's office is also recommending keeping vehicles off the ice due to inconsistent thickness.