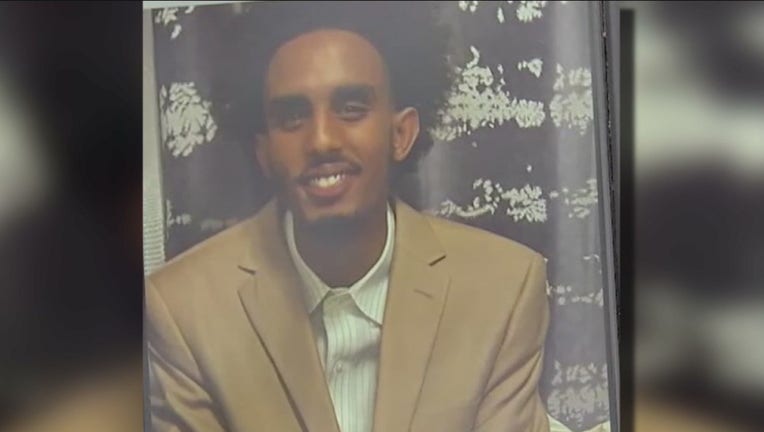 Dolal Idd, 23, was shot and killed by Minneapolis police officers at Cedar Avenue and East 36th Street on Dec. 30. (Courtesy of family of Dolal Idd / FOX 9)

MINNEAPOLIS (FOX 9) - The Dakota County Attorney's Office says it will review a police shooting case that occurred Dec. 30 in Minneapolis.

Monday, the Hennepin County Attorney’s Office said it was "unlikely" to be involved in a charging decision in last week’s deadly police shooting of 23-year-old Dolal Idd.

Why Minneapolis police were trying to arrest Dolal Idd

A search warrant filed in the deadly Minneapolis police shooting of Dolal Idd provides more details about the weapons investigation that led to the gunfight between Idd and the MPD Community Response Team.

Dakota County Attorney James Backstrom said his office will review the case and "determine whether or not the officers of the Minnapolis Police Department involved in this shooting death were legally justified to use deadly force under Minnesota law, and if not, to handle any prosecution which may result."

The five county attorneys in the Twin Cities metro signed an agreement last summer concerning deadly police encounters. The pact says prosecutors in the county where the incident occurred would not be involved in the investigation or charging decision in the case.

Bodycam video of Minneapolis police shooting at 36th and Cedar

GRAPHIC VIDEO - Minneapolis police have released body camera video showing a deadly exchange of gunfire between a man and officers on Wednesday, December 30, 2020 at 36th and Cedar.

Idd was shot and killed by Minneapolis police on Dec. 30 after investigators say he fired a gun at officers. Police said they were attempting to make a traffic stop in the area of the Holiday gas station at Cedar Avenue and East 36th Street.

Idd's family has disputed the police narrative that Idd shot first. Idd's death has sparked protests in the city against police brutality.