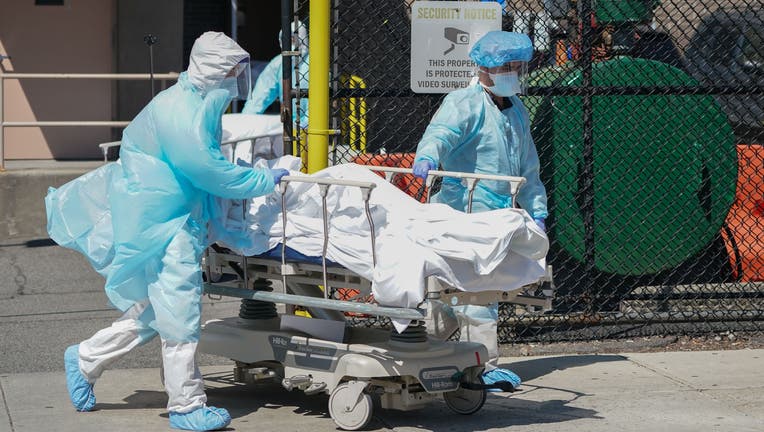 Bodies are moved to a refrigeration truck serving as a temporary morgue at Wyckoff Hospital in the Borough of Brooklyn on April 6, 2020 in New York. - New York Governor Andrew Cuomo on Monday extended a shutdown in the epicenter of America's deadly c

(FOX 9) - The current COVID-19 spike in Wisconsin is larger than the spike New York City endured at the beginning of the pandemic, state health officials say.

Wednesday, the state of Wisconsin reported more record-breaking COVID-19 numbers during an exponential spike, leading the state’s Department of Health Services to announce a new “critically high” category on its online dashboard, which is three times higher than “very high.”

Officials say 65 counties and the whole state are in the “critically high” level Wednesday.

BY THE NUMBERS: Breaking down Wisconsin's exponential 2-month COVID-19 surge

In a release, DHS Deputy Secretary Julie Willems Van Dijk compared the current spike to that of New York City in spring.

“To put these new data in perspective, Wisconsin is now seeing more average cases per day than New York City did at the peak of its surge last spring,” Van Dijk said. 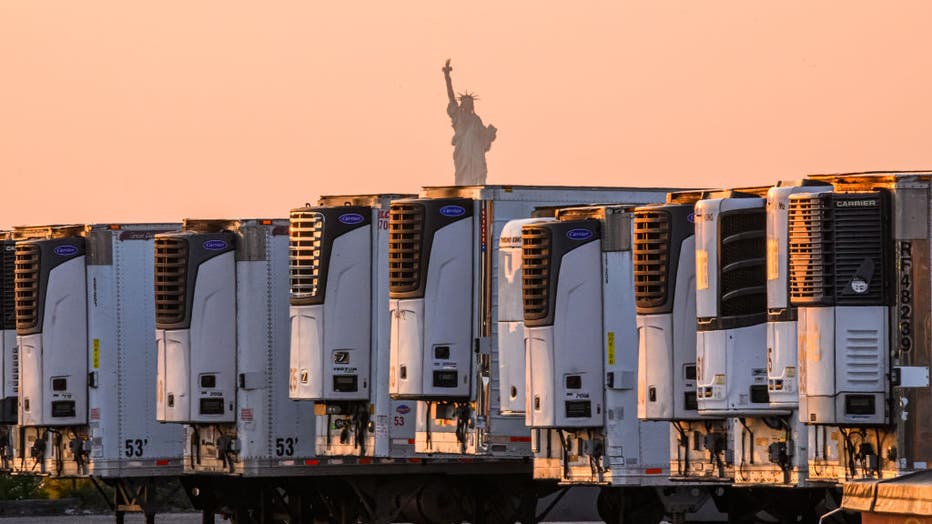 NEW YORK, NEW YORK - MAY 25: The Statue of Liberty is seen behind refrigeration trucks that function as temporary morgues at the South Brooklyn Marine Terminal during the coronavirus pandemic on May 25, 2020 in New York City. COVID-19 has spread to m

Officials say the public health system is being strained by the surge.

“Public health can no longer adequately contact trace, hospital beds are filled with patients with COVID-19 and too many Wisconsin families are losing loved ones to the virus,” Van Dijk said.