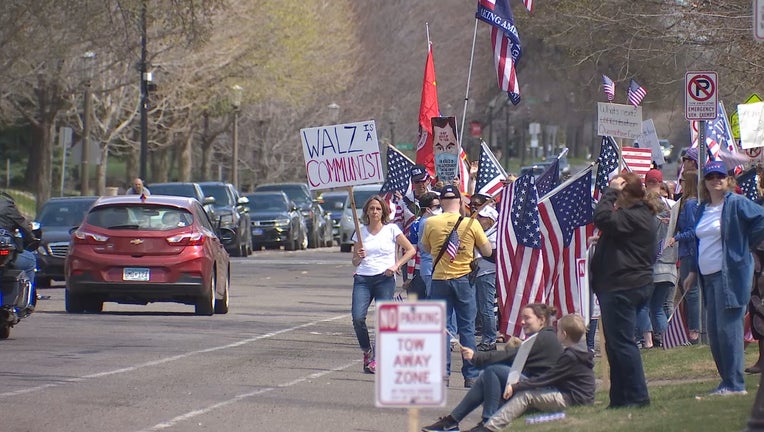 The order, put in place to slow the spread of coronavirus, was eased this week, as the governor allowed some non-critical workplaces - those without direct customer interaction - to reopen.

Speaking this week, Walz warned that Minnesota would slowly return to normal, using the analogy of turning a dial rather than flipping a switch.

There was a bit of welcome news for businesses hoping to get employees back to work this week as Governor Walz opened up a little more this week on his plans to slowly open up the economy.

However, on Saturday, hundreds of protesters holding signs and waving flags stood outside the governor's residence, calling for a full return to normal. Citing the economic devastation caused by the COVID-19 response, protesters urged Governor Walz to follow the lead of other states that have moved to reopen.

The protest comes just over a week after another rally that was endorsed by President Trump.

Minnesota's stay-at-home order is set to end May 4. However, Governor Walz says he will make a decision over the next week on extending the order.

Even if extended, it's possible the governor would further lift some restrictions under the order. However, Walz made it clear that it will still be some time before large gatherings are allowed.