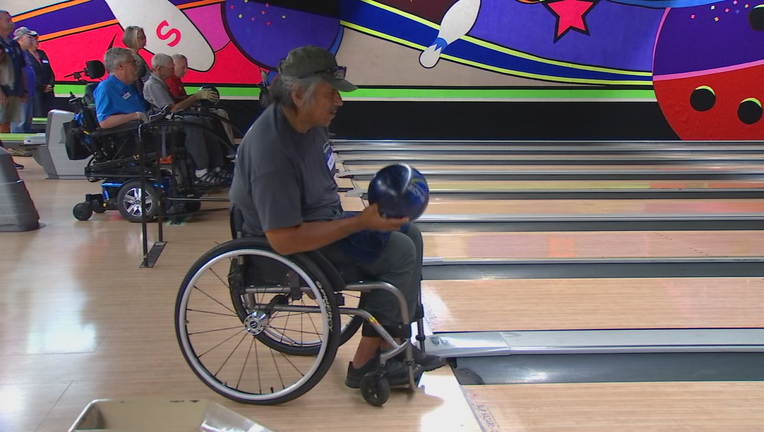 Veterans hit the lanes as part of the Minnesota PVA group. (FOX 9)

WYOMING, Minn. (FOX 9) - Sometimes a small thing can make a world of difference for a person. A group of Minnesota paralyzed veterans are evidence to that, as they’ve formed a group that is having a bigger impact on their lives than any of them could have expected.

The group gets together each week to take part in different activities. When we caught up with them, they were knocking down pins at a bowling alley in Wyoming, Minnesota. It may seem simple, but they say it helps forms friendships that have been life-changing for many of them

"You get to know these people like they were your brothers and sisters and it’s a great experience," explained Ken Klein, President of Minnesota Paralyzed Veterans of America.

An organization is helping paralyzed veterans stay active as well as forms friendships along the way.

Klein is a Navy veteran who found himself in a life-changing situation himself years after his service. He was piloting a plane in 2001 when he had mechanical issues.

"I had to decide where to put the plane down because I was basically just gliding at that time and we ended up going through a cornfield in Saint Bonifacius and that’s what broke my back," he said.

It wasn’t an easy transition. Klein went from life on the move to life in a wheelchair. He explains. "After my injury, I was very reluctant being in the chair, being uncomfortable going out into the public. But I got involved in the PVA and all their activities that they offered and going around with other people in a wheelchair has made me much more comfortable." 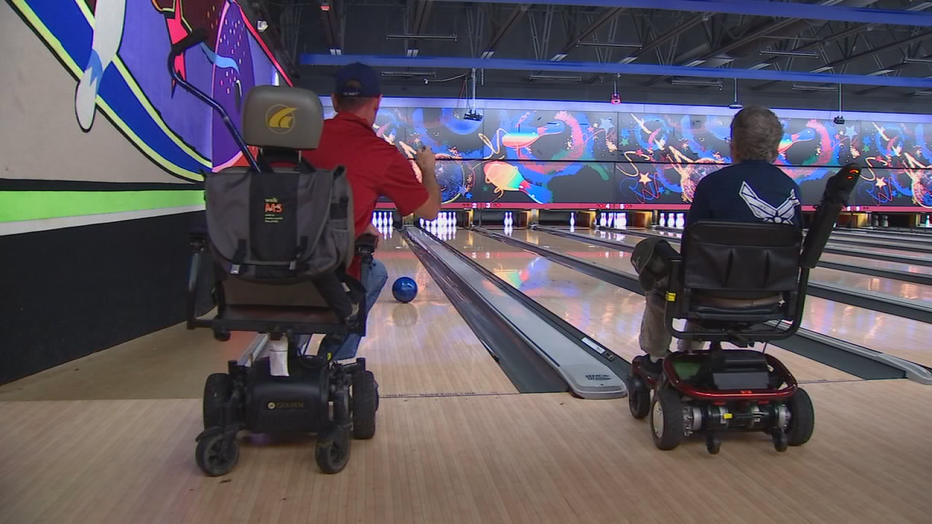 Today, he is president of the Minnesota chapter of Paralyzed Veterans of America. They help veterans with severe spinal cord injuries and diseases and get them involved and active again -- like bowling at Splitrocks in Wyoming.

"It’s very much a comradery thing," explains member Tom Peterson. "We like to get together to not only talk about our disease or injury, but we just have that common interest, we have a common bond."

Peterson is an Army veteran with MS. While the disease can be unpredictable, there's one thing that isn’t... his weekly bowling game.

"Our main recreation together is bowling and it’s just fabulous," he said. 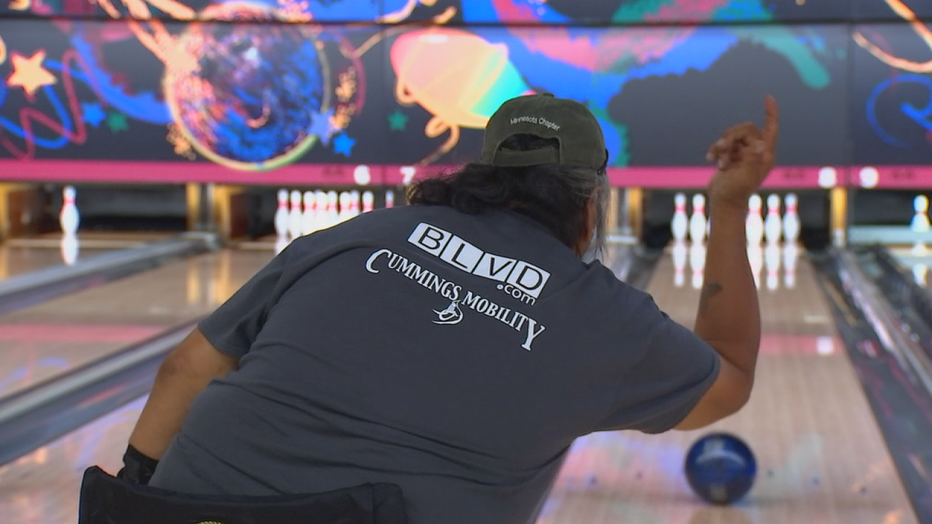 Peterson's wife Shelley is there to assist.

"Not everyone understands what it’s like to live this way, but we all understand each other," she said.

Whether the activity is bowling or trapshooting or hunting, the goal is always to help and keep these veterans hopeful.

"You live every day maybe in a different way and stuff like that, but we try to do as much as we possibly can."