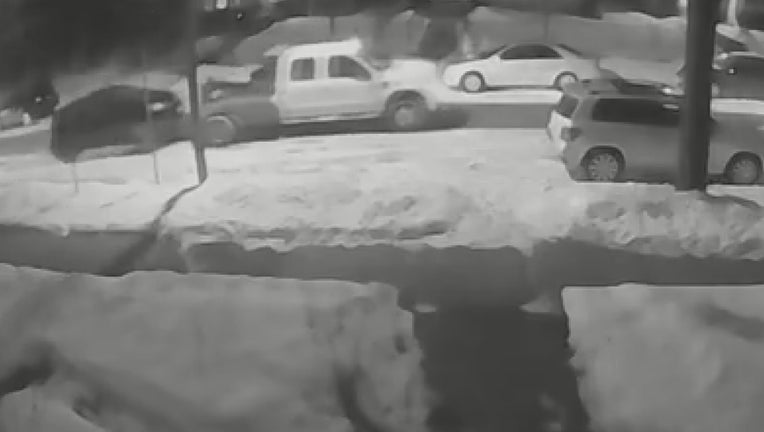 Home surveillance video captured the moment an alleged stolen tow truck drove off with a vehicle in south Minneapolis.

Grote said it’s the loud sawing beneath a vehicle parked on the street that’s caught his attention.

"It woke me up, and they were in and out in five minutes," he said. "It’s electric and sounds handheld...something like anybody would use for fix it stuff around the house."

The trend has continued on an upward trajectory through January, and even more worrisome, the thieves are getting more and more emboldened.

FOX 9 obtained home surveillance video from south Minneapolis last week showing a pair of stolen, stripped down tow trucks being used to grab a vehicle. The truck then gives access to the exhaust emission control device on the underside of a car or truck.

"They pick up a car, take two wheels off the ground, pull it a couple blocks down the road, cut off the catalytic converter and set the car down. It’s easier to get under to cut," Elder explained.

Elder said that unlike pawn shops and stolen goods, the scrap metal yards that might buy the precious metals from a catalytic converter aren’t regulated in Minnesota.

But, the team at K&K Metal Recycling along 2nd Street promise they have safeguards in place to make sure nobody’s profiting off the current wave of street crime.

"Thieves are not our target market when it comes to any kind of scrap metal," said Dusty Gibbs with K&K Metal Recycling.