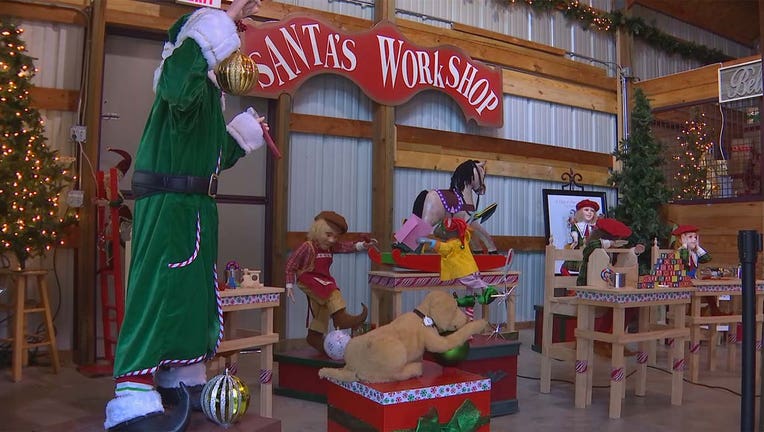 Restored Dayton's Christmas display will be featured in the GLOW Holiday Festival. (FOX 9)

ST. PAUL, Minn. (FOX 9) - Many local artists' festive displays were installed for the GLOW Holiday Festival Friday at the Minnesota State Fairgrounds. One of those includes a 20-foot original display from the 1960’s-era Dayton's Nicollet Mall store.

"Originally I had gone down to Dayton's just to collect a couple pieces... and then it just kind of grew and grew and grew," collector and restorer Bill Ewald said. "The goal was to get them restored back to the condition that the artist originally built them with. Underneath the clothing on many of these characters, there's signatures from the artist who built them."

The festival, which features over a million lights and activities, opens up next Thursday and runs through January 2.

This year will be a walk-through experience, instead of a drive-thru. Get tickets here.